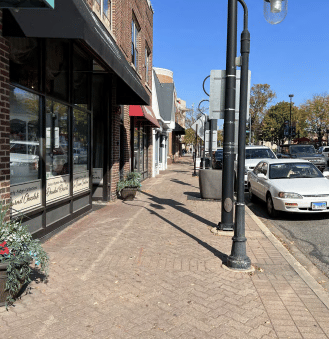 Road construction is expected to speed up in Naperville next year, with a downtown bridge replacement and streetscape improvements along Washington Street.

Construction will begin in early 2023 to replace the Washington Street bridge over the west branch of the DuPage River. At a cost of $10.4 million, the city plans to demolish and reconstruct the east side of the street next year.

Also, a $6.7 million project, the next phase of the downtown streetscape project, will improve Washington Street from Chicago to Benton avenues.

Construction is expected to begin next summer and will include utility upgrades, sidewalk modernization and complete road reconstruction to improve pedestrian mobility, accessibility and safety. No changes to parking are planned.

Phase two of the streetscape plan will cost about $5.5 million for roadwork, $1.1 million for water main and sewer work and $55,000 is earmarked for electric improvements.

TED staff, along with the project consultant Civiltech Engineering, Inc., hosted a public input session on Nov. 3 to share preliminary design options for the second phase of the project and allow businesses and residents to provide feedback on their preferred design.

Ongoing improvements in Downtown Naperville are part of the multi-year Downtown: Progress in Progress initiative that focuses on continued growth and improvements.

The first phase of the project, which included improvements to sections of Webster, Jefferson, Main and Jackson streets, is in the final stages and, pending weather or material delivery delays, should be completed by the end of November.