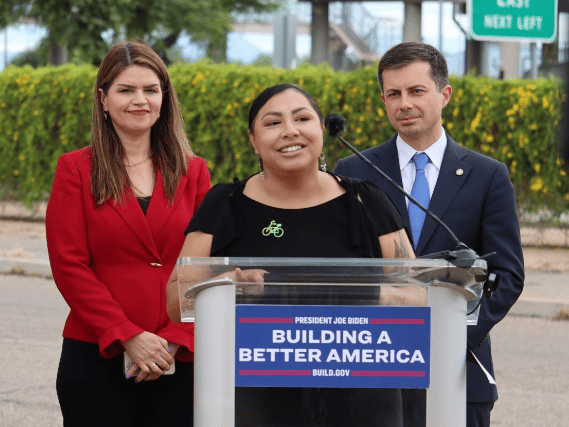 Funding was also announced for:

“This is a program that recognizes many of the most interesting and compelling ideas and designs and plans aren’t going to come from Washington, but more of the funding should,” Buttigieg said. “That’s what we’re delivering here.”

Texas and Kansas are each receiving about $25 million for hiking and biking trails. Huntsville, Alabama, is getting $20 million to improve a pedestrian corridor linking downtown to isolated neighborhoods. Another $20 million is helping finance a new bike and pedestrian bridge over the Potomac River between Arlington, Virginia, and Washington, D.C.

Buttigieg said the U.S. Department of Transportation received about $13 billion in grant applications.

A total of 166 projects across the country will share the $2.2 billion for work ranging from a new seawall and port improvements in Sitka, Alaska, to the construction of a four-lane parkway in the Virgin Islands.