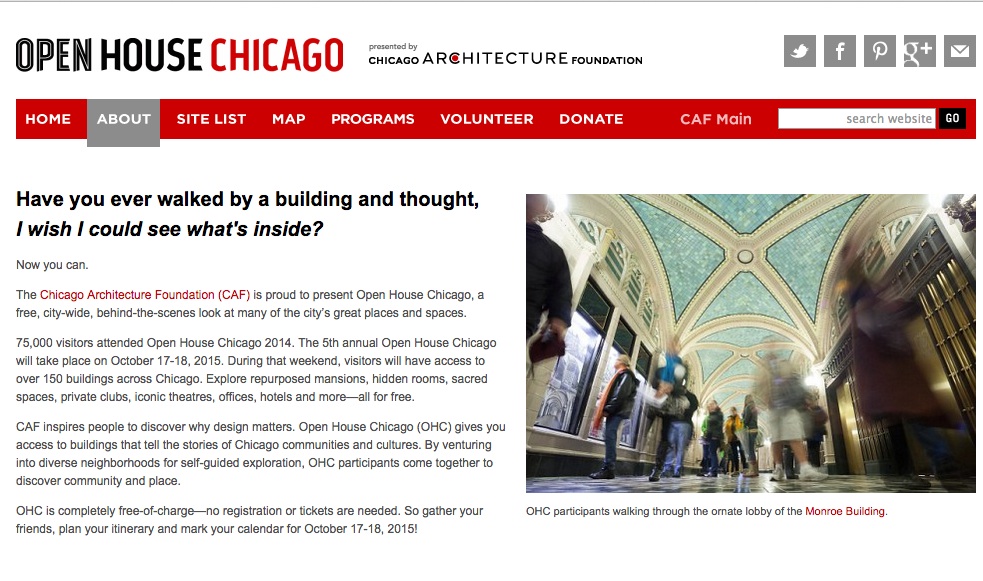 The Chicago Architecture Foundation (CAF) opened some of the city’s typically closed landmarks and buildings for public viewing as part of Open House Chicago, an annual event that was held this year Oct. 17-18.

This free event providing access to 150 generally closed sites draws a crowd from 71 different countries and all 50 US states, with at least 60,000 visitors in total to see the well-kept secrets of Chicago’s landmarks, structures and buildings.

Sites opened for viewing included the Allerton Hotel, which has been closed since 1961. The hotel hosted 60s stars like Bob Hope, Frank Sinatra, Bing Cosby and Lucille Bell. This hotel, now known as Warwick Allerton Hotel, was also famous for the sign “Tip Top Tap” which is still affixed today.

Some more famous buildings included The Sky-Line Club, the city’s oldest private club, and the headquarters of Groupon and Threadless.