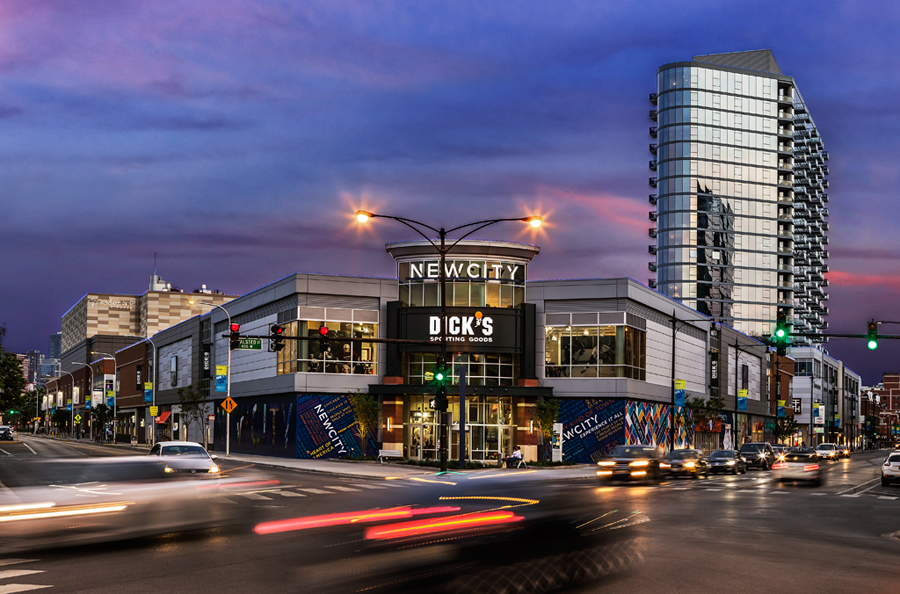 “These four awards underscore the multifaceted success of NEWCITY,” J. Michael Drew, founding principal of Structured Development, said in a statement. “It has been a privilege to be in the company of so many worthy nominees and accept these awards on behalf NEWCITY LLC and the entire Structured team.”

The CBC Merit Awards honor projects based on distinctive, functional or innovative design; quality of construction; impact of the project upon the community; and safety record. C.A.R.’s Good Neighbor Awards recognize newly developed and rehabbed properties that have contributed to their local economies and increased civic pride. The ULI Chicago Vision Awards highlight creative development practices; inventive partnerships or sharing of resources; imaginative problem solving; or visionary ideas that have contributed to the growth of vibrant communities. Friends’ Chicago River Blue Awards celebrate developments along the river and throughout the watershed that exemplify sustainable design for people, wildlife and clean water.

“NEWCITY has become everything we envisioned it would be when we began planning the project a decade ago,” said Drew. “These awards are a testament to the strength and dedication of our team and development partners over the past decade. Thanks to their tenacity, we were able to see this project through a recession that brought commercial development to a standstill, establishing NEWCITY as Chicago’s premier live-work-play destination.”

Located at the intersection of Clybourn Ave. and Halsted St., in the heart of the Clybourn Corridor, NEWCITY was built on an 8.5-acre site that formerly housed the New City YMCA, which served the Cabrini-Green public housing towers and surrounding neighborhood. Completed in 2016, the development includes more than 390,000 sq. ft. of retail/commercial space, as well as a 19-story, 199-unit luxury rental tower and nearly two acres of landscaped open space.

Complete Construction Crewing is getting the Chicagoland area back to work