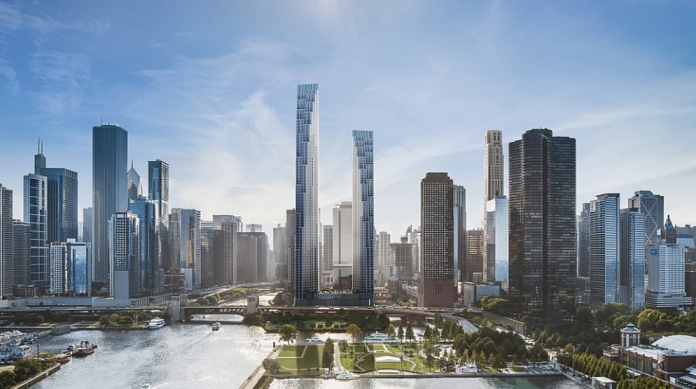 The plan calls for a 1,100-ft. southern tower containing 300 condo units and 175 hotel rooms and an adjoining 850-foot tower with 550 rental apartments.

Related Midwest intends to break ground on both towers in the summer of 2019 and deliver the project in 2023.