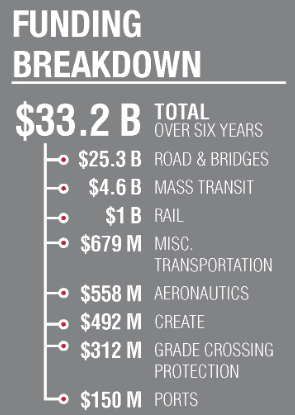 Rebuild Illinois has announced more than $9.6 billion work had been completed statewide on 4,546 miles of highway, 422 bridges, and 645 additional safety improvements, ranging from routine maintenance projects to extensive interstate and bridge reconstructions.

“At its very core, the Rebuild Illinois Capital Plan is an investment in our future—one that is economically prosperous and environmentally sustainable with the promise of opportunity at every turn,” said Governor JB Pritzker. “We have already completed more than 4,500 miles of highway renovations, 422 bridge repairs, and hundreds of additional safety improvements—all while creating and supporting thousands of jobs.

“Planes, trains, automobiles, and barges, too—we are transforming and revitalizing every mode of transportation in every corner of our state to build a modernized Illinois that works for everyone.”