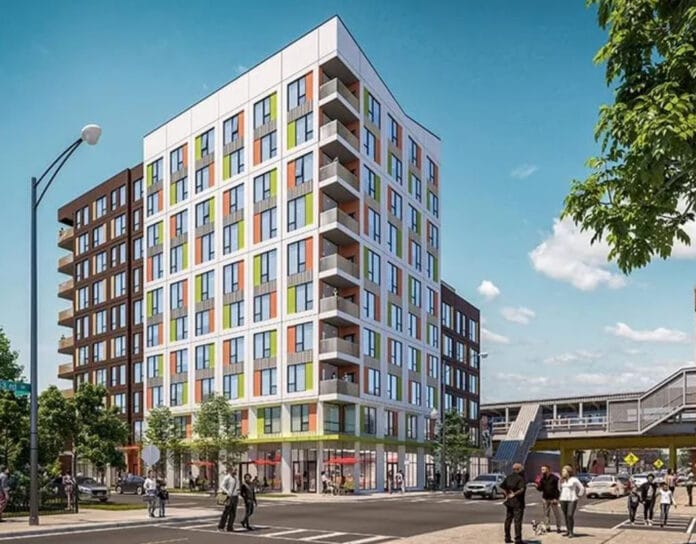 Habitat is developing the project in partnership with P3 Markets, a Bronzeville real estate development firm which asserts it is dedicated to public-private partnerships.

Construction is being led by a joint venture of Bowa Construction, a minority-owned, full-service construction management and general contracting company, and McHugh Construction, with Landon Bone Baker as architects. 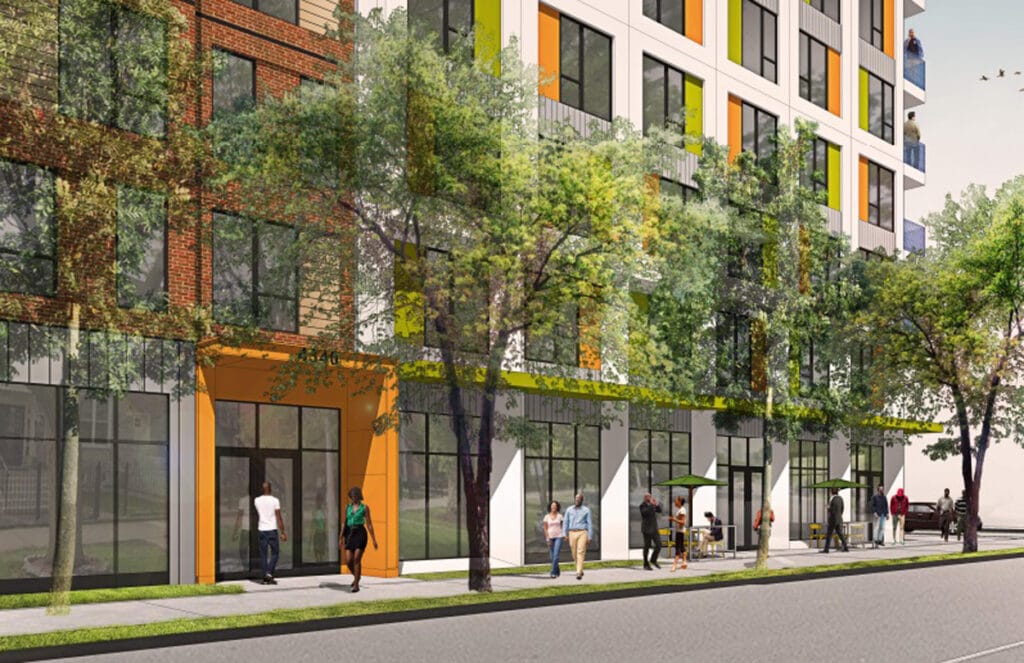 In a statement, the developer says thePhase 1 building will be the largest of 43 Green’s three buildings, which are centered around the 43rd Street Green Line L station. The 10-story structure will include 99 units, 5,500 sq. ft. of retail space and off-street parking. Apartments will range from studio to one- and two-bedrooms with half of the residences listed as market-rate and the other half offered as income-restricted affordable-rate units.

“Bronzeville is one of Chicago’s great historic neighborhoods and we are excited to build on its legacy by bringing the South Side’s first equitable transit-oriented development to the community, which will add much needed residential and retail options to the area,” said The Habitat Company president Matt Fiascone. 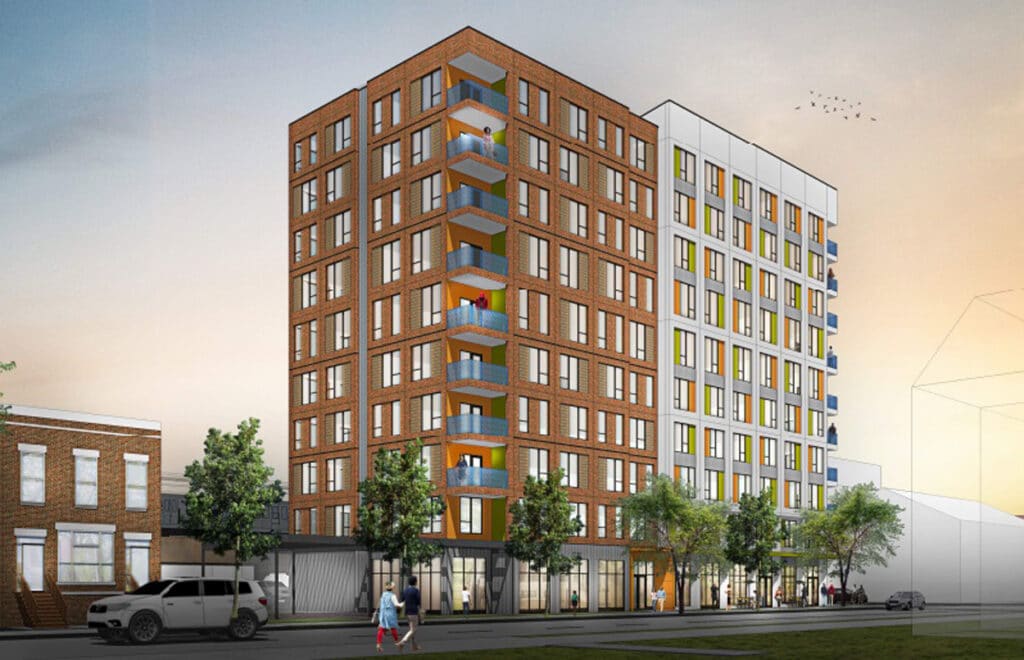 “While most recent developments in the community have focused on single-family lots or smaller multifamily projects, we are confident 43 Green will appeal across multiple income levels and serve as a catalyst to the neighborhood by driving new investment opportunities and long-term economic growth closer to the Green Line station.”

“Like many global cities, Chicago has a robust public transportation system, making it a leading market for transit-oriented development (TOD) for residents to live, work and play,” the Jan. 13 statement says.

Yet, the popularity of the city’s TODs has also created disparity by marginalizing individuals who can no longer afford to live in these premier locales with easy access to transit systems, said Fiascone. “To bridge this gap, Habitat and P3 have been committed to bringing equity to TODs by incorporating affordable housing and mixed uses into its developments,” the statement says.

“Seeing the first shovels go into the ground at 43 Green feels surreal as the community has been wanting a project like this for years,” said Phillip L. Beckham, principal, P3 Markets. “As a resident of this neighborhood, I know first-hand the positive impact 43 Green will have on the area and I couldn’t be prouder to be working alongside a partner like Habitat, which has a strong track record of developing successful mixed-income properties and shares in my dedication to accelerate equity and affect change in the communities that need it most.”

Barring any supply chain and material delays, construction for the Phase 1 building is expected to be complete by February 2023 with first move-ins projected for November 2023.

The later phases for 43 Green call for two more mixed-income, mixed-use buildings. Upon completion, 43 Green will bring approximately 300 new apartments to Bronzeville of which roughly half will be designated as affordable. Those units will be reserved for renters making up to 60% of the area median income.

“The blend of roughly 50% affordable and 50% market-rate units in this project is a major differentiator with other recent affordable housing developments,” said Charlton Hamer, senior vice president of Habitat Affordable Group. “We received strong feedback from area residents that there was a need for new market-rate housing, but that it should be balanced with a commitment to long-term affordability for this changing community with so many natural assets.”

Financing for 43 Green involved a multi-layered capital stack, including the use of the City of Chicago’s Low Income Housing Tax Credits (LIHTC) allocation, tax credit investors Richman Capital, and debt provided by 5/3 Bank insured through the HUD 221 d 4 program.

The Sinclair to rise on Jewel-Osco store site at Clark and...