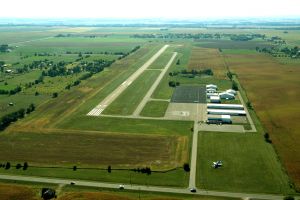 A $1.4 million construction project is planned to expand capacity at Pekin Municipal Airport.

Pekin City Council awarded the project to Leander Construction and work is expected to begin in early spring 2023. Construction will last about a year and more hangar capacity will bring additional revenue to the city through more hangar rentals and more fuel sales.

The project will include 10 single-plane hangars to prepare for increased traffic at the airport. Currently, demand has created a waiting list for storage at the site.

Pekin Municipal Airport is a general aviation facility that services small jet aircraft and turbo propeller corporate aircraft. Cruce estimated that the airport generates $9 million in revenue for the city annually and sees several hundred departures and arrivals in a given week.

In 2020, the Illinois Department of Transportation named the Pekin Municipal Airport the state’s General Aviation Airport of the Year.