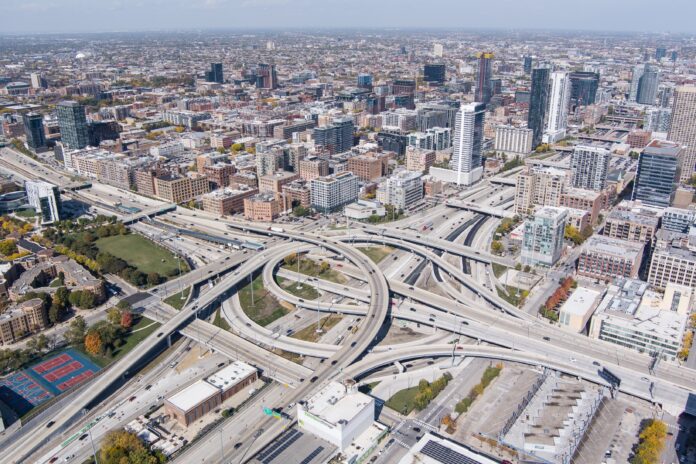 The Illinois Department of Transportation (IDOT) has completed the Jane Byrne Interchange reconstruction, a multiyear project to modernize a key gateway into downtown Chicago and a critical transportation hub for the region and entire Midwest.

It’s one of the largest projects in state history and eliminates a notorious national bottleneck and improves safety, efficiency, and mobility across multiple modes of transportation while better connecting people and jobs throughout the Chicago area.

“Today, I’m proud to announce the reconstruction of the Jane Byrne Interchange is finally completed,” Gov. JB Pritzker said in a statement. “For almost a decade, Illinois’ first-rate workforce worked day in and day out to entirely reconstruct this massive project and in the last few years, IDOT accelerated and streamlined the construction process to get this done.

“The great men and women of Illinois’ construction industry persevered. They are the ones who made this happen. I know I speak for all of Illinois when I say that we couldn’t be more grateful for the labor and dedication of every single worker on this project.” 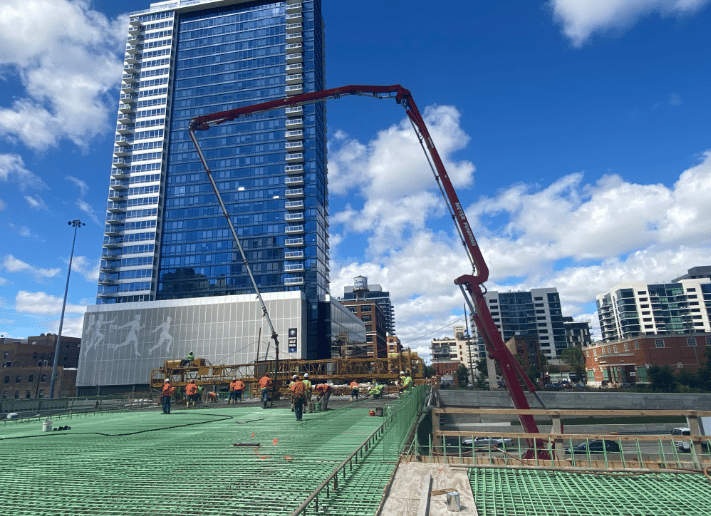 IDOT exceeded the participation goal on the Jane Byrne for minority- and female-owned businesses involved in the Disadvantaged Business Enterprise program. The initial goal of 18.23% for minority- and female-owned firms with contracts on the project was surpassed and reached 19.54%, representing a total value of $117.6 million to disadvantaged and emerging businesses.

“The completion of the Jane Byrne Interchange is an example of organized labor, businesses, neighborhoods, and elected officials coming together to prioritize and create good-paying, equitable jobs for Illinois workers,” said Illinois AFL-CIO President Tim Drea. “Together, we invested in a long overdue infrastructure upgrade that will usher Illinois into the 21st century and benefit future generations of Illinoisans.”

The $806.4 million project is the first major rehabilitation of the Jane Byrne since it was originally constructed more than 60 years ago. It is predicted to result in a 50% reduction in vehicle delays, saving motorists an annual 5 million hours previously spent sitting in traffic and $185 million in productivity. Vehicle emissions are anticipated to reduce by a third and the number of crashes are predicted to go down 25%.

“The Jane Byrne Interchange was one of the most complex projects in the country and most significant ever at IDOT. I’m proud and happy that we could deliver these improvements and benefits,” said Illinois Transportation Secretary Omer Osman. “I wish to thank the public and our stakeholders for their input and patience throughout construction.”

Construction started in 2013 with the Morgan Street bridge, the first of 10 bridges carrying local traffic that needed to be rebuilt to accommodate the interchange’s reconfigured footprint. To keep the interchange open throughout construction, the project was separated into 35 pieces and contracts.

The project used approximately 52 million pounds of steel, the equivalent of 2.5 times the weight of the Eiffel Tower, as well as 2,100 miles of rebar, the distance between Chicago and San Francisco. More than 223,000 cubic yards of concrete were required, which would fill 25,000 trucks. Also, 12 miles of storm sewer were installed.

Improvements and benefits include: