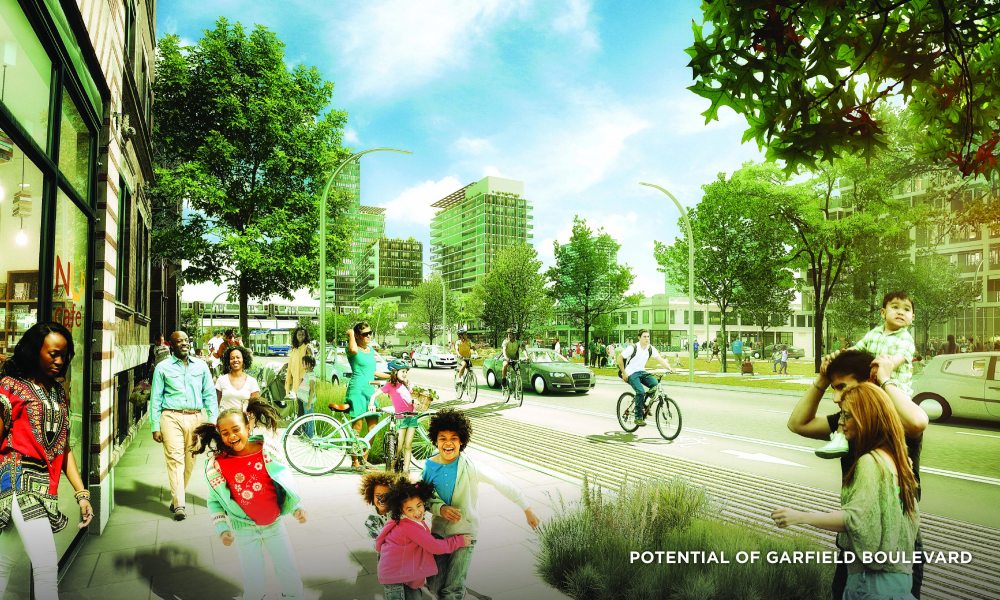 The Barack Obama Foundation has announced that the future Barack Obama Presidential Center – which will include the library, museum, as well as office and activity space for the Foundation – will be located on Chicago’s South Side.

The Foundation – led by close family and friends of President Obama – will be responsible for all aspects of the building, construction, design, and planning processes for the Obama Presidential Center, the foundation reported in a news release.

“In the coming months, the Foundation will look to enter into an agreement with the City of Chicago to develop the Center in either Washington Park or Jackson Park,” the news release said. “As a future neighbor and collaborator on the Center, the University of Chicago has pledged to make resources and infrastructure available to the Foundation in the near term for its planning and development work.”

The President and First Lady recorded a video announcing their decision to bring the Obama Presidential Center to Chicago’s South Side.

“With a library and a foundation on the South Side of Chicago, not only will we be able to encourage and affect change locally, but what we can also do is to attract the world to Chicago,” Obama said. “All the strands of my life came together and I really became a man when I moved to Chicago. That’s where I was able to apply that early idealism to try to work in communities in public service. That’s where I met my wife. That’s where my children were born.”

Michelle Obama said: “I’m thrilled to be able to put this resource in the heart of the neighborhood that means the world to me. Every value, every memory, every important relationship to me exists in Chicago. I consider myself a South Sider.”

“The city of Chicago was instrumental in demonstrating to the President and First Lady the advantages of locating the future Obama Presidential Center in the city, and the University of Chicago brought to life the broad potential and vital energy of the South Side,” said Foundation chairman Martin Nesbitt.

“The Obamas have so much more to do in the White House and beyond, and we are excited to create a platform for their future work. Our goal will be to establish a Center that will exist not merely as testament to the President and First Lady’s legacy, but as a dynamic, vibrant forum for civic participation, education, action, and progress. We are especially looking forward to engaging with the vibrant South Side community in the years to come.”

“The Obama Presidential Library is a once in a lifetime opportunity that will bring tremendous cultural, economic, and educational benefits to the South Side and the entire City of Chicago for generations to come. Over the past months, the City has come together to bring the library to its rightful place in Chicago,” said Mayor Rahm Emanuel. “I want to thank President Obama and the First Lady, who made the decision to bring the library home to Chicago, but this couldn’t have been done without the collaborative efforts of the University of Chicago, aldermen, community members, the Chicago Park District, the Chicago Plan Commission, Senate President John Cullerton, and House Speaker Mike Madigan.”

Over the last 15 months, the Foundation has considered a number of key factors in locating the future library/center, such as transportation and accessibility, local economic development opportunities, community interest and the potential for academic collaboration. The South Side offered several unique advantages, including its significant community support for the project, proximity to the University of Chicago’s hub of activity, strong economic development potential, and its rich history that helped shape President Obama’s worldview.

In the months ahead, The Foundation will begin sketching out plans, which will include the library, the museum “and foundation programs that will inspire new thinking and action,” says the news release.  “The facility will reflect President Obama’s values and priorities throughout his career in public service, including expanding economic opportunity, inspiring an ethic of citizenship, and promoting peace, justice, and dignity throughout the world. Accordingly, the foundation will place a strong emphasis on community partnerships and opportunities for economic development, and intends to open offices on the South Side by the end of the year.”

Today’s announcement also marks the beginning of a process to identify academic institutions, thought leaders, community partners, and other organizations with which the Foundation will partner to advance the Foundation’s mission. While the Foundation will aim to work with University of Chicago faculty, it also plans to collaborate with each of the three other finalist universities.

“We were impressed by the quality of each proposal and, as a result, we plan to continue working with each institution to incorporate elements of their proposals into the future Obama Presidential Center,” Nesbitt said.

For more information about the foundation and the future Obama Presidential Library, visit http://www.barackobamafoundation.org/ or follow@ObamaFoundation on Twitter.