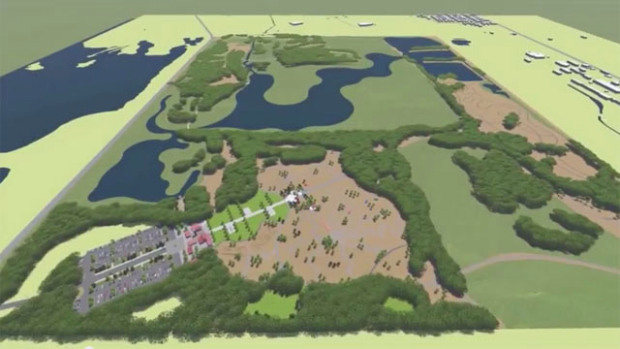 Chicago city authority has announced that the construction for Calumet Bicycle Park within the planned “nature preserve” called “Big Marsh” on old industrial site along the shore of Lake Calumet will begin this fall. For the mountain bike park, 45-acres of area have been reserved out of the 278 acres of nature preserve.

The first phase of construction, which will cost around $5.5 million, will be paid for through a mix of private, state and Park District funding. The total cost of the project is estimated to be about $30 million. The construction is expected to be finished by fall of 2015.

“This industrial site will soon be transformed into a unique recreational oasis that will allow families and children from neighborhoods across Chicago to bike, hike, fish, canoe and learn about nature,” Mayor Rahm Emanuel was quoted saying in Dnainfo.com. “When this is all done, 300 acres, it will be second to none as a nature preserve; second to none in the country,” he added.

The mountain bike park will include a single-track trail, a dual slalom course, a dirt jump trail, a pump track, a cyclocross course, a short-track course, a gravity flow trail, a slope-style course, and a bicycle skills area as reported in Chicago.cbslocal.com.