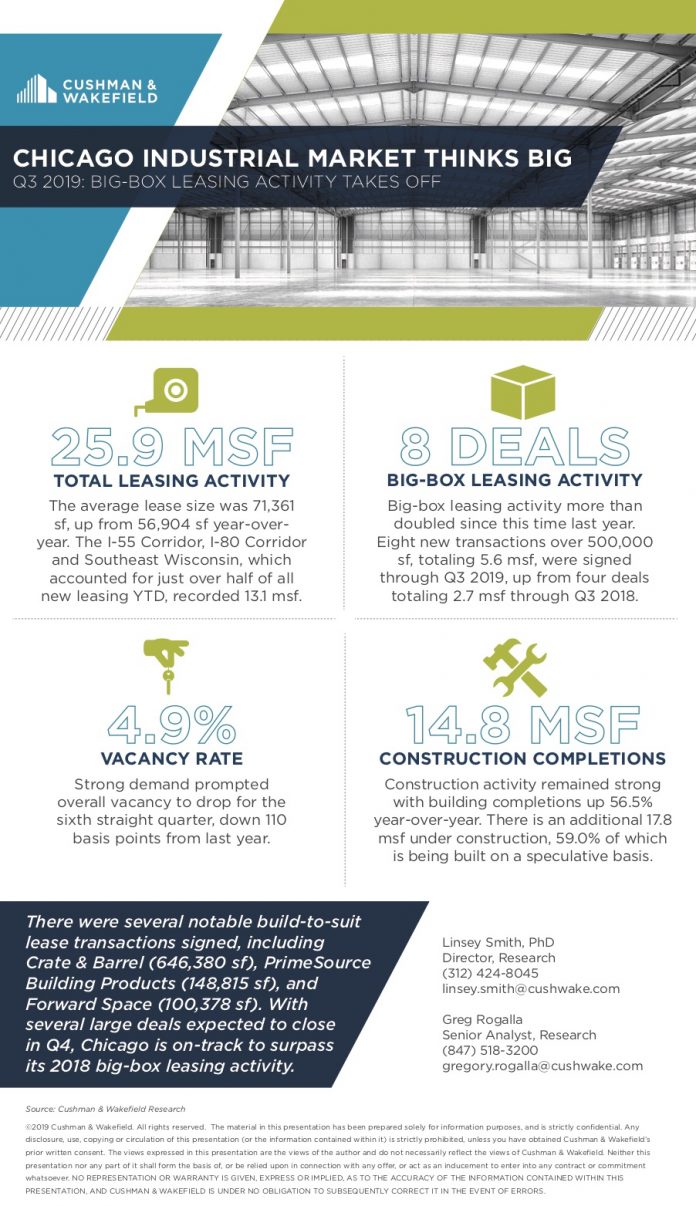 Chicago area construction activity remained strong across the market in the third quarter, with year-over-year completions totaling 14.8 million sq. ft., a notable 56.5% increase from third-quarter 2018, Cushman & Wakefield reports in its “Chicago Q3 Industrial Market Snapshot. An additional 17.8 million sq. ft. is under construction, nearly 60% of which is being built on a speculative basis.

The industrial leasing agency also reported that the vacancy rate continued to decline in the third quarter even as developers bring more supply to market, suggesting long-term fundamentals remain despite lingering economic and geopolitical uncertainty.

“As we head into the final months of 2019, signs point to yet another year of growth for Chicago-area industrial activity,” said Jason West, vice-chair on the company’s Chicago industrial team. “Firms like Crate & Barrel, which recently reported that nearly half of its sales are now online, continue to drive demand for large-scale distribution centers with easy access to consumers. We’ve already seen more of these big-box deals in 2019 than during the same period last year, and with several others expected to close by year’s end, we’re confident in the market’s ability to absorb the new supply.”

The local vacancy rate dropped to 4.9% in the third quarter, besting the 19-year record low of 5% recorded in the second quarter, according to the brokerage’s research. The average asking net rent was essentially unchanged from the second quarter, at $5.42 per square foot, above the year-earlier figure of $5.34. Meanwhile, net absorption totaled 6.8 million square feet, marking the 35th consecutive quarter of positive absorption.

Cushman & Wakefield reported that eight new big-box leases – defined as deals over 500,000 sq. ft. – were executed in the first three quarters of 2019, compared with four for the same period in 2018. Additional transactions expected to close in the fourth quarter will likely keep big-box leasing volume ahead of last year’s levels, according to the report.

“Many of these big-box users are increasingly exploring how automation can improve their bottom line, which helps explain the need for larger buildings with increased power loads, higher ceilings, expanded loading and trailer parking and other features that are not only in demand, but expected,” West said.

Third-quarter leasing activity totaled 25.9 million sq. ft., nearly half of which was concentrated in the Interstate 55 and Interstate 80 corridors, as well as southeast Wisconsin, according to the report. 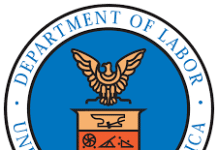 Developer is seeking to change zoning on a new Lincoln Park...