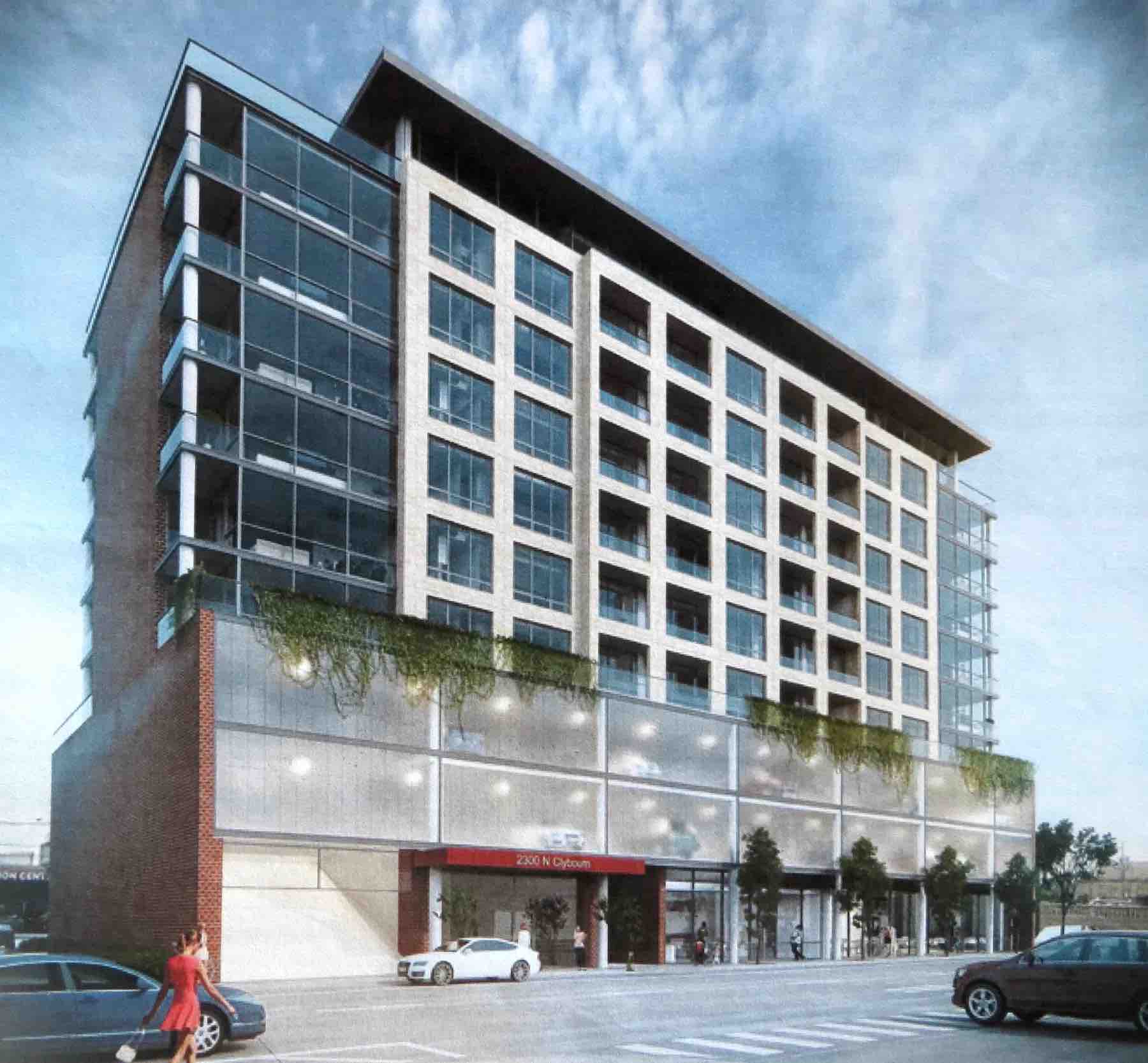 A proposal to build a 10-storey mixed-use development near the intersection of Clybourn, Fullerton and Ashland faced strong opposition from neighbors at a recent community meeting.

The project, which was presented to residents by architect Marc Amstadter and attorney Sara Barnes, is seeking a zoning change from C1-3 to C1-5 to construct a 105 ft. tall structure containing 85 rental units.

Based on a vote, all but three neighbors at the meeting opposed the zoning change and would rather the development was built within the current zoning parameters. Residents said traffic on Clybourn Ave. is already a “nightmare” and fear that more density will bring an influx of cars and more traffic, chicago.curbed.com reports.

The development also plans to provide parking for 85 bicycles and 18 automobile spaces reserved for retail use, bringing the total number of garage spaces to 103. Vehicular access and loading will take place off Clybourn.

Barnes, an attorney representing property owner Arie Zweig, said the Chicago Department of Transportation has been working on the proposal for more than a year. During that time the department conducted a traffic study and determined that the development wouldn’t worsen congestion, she said.

“It’s not going to stay vacant, I can assure you,” she told neighbors.

While some attendees of the meeting admitted that an empty, blighted corner was doing little to improve the quality of the neighborhood, the majority of the comments still focused on the already congested traffic situation. Alderman Hopkins said he could commiserate with residents regarding the poor traffic near the building site, but he also reminded the audience how much the neighborhood has changed over time.

“We are victims of our own success in this neighborhood and now we have to work with the infrastructure we have,” explained the elected official, who has yet to take a position on the requested zoning change. The development team concluded the meeting saying they would take neighbors’ concerns into consideration before reconvening with the alderman at a future date.