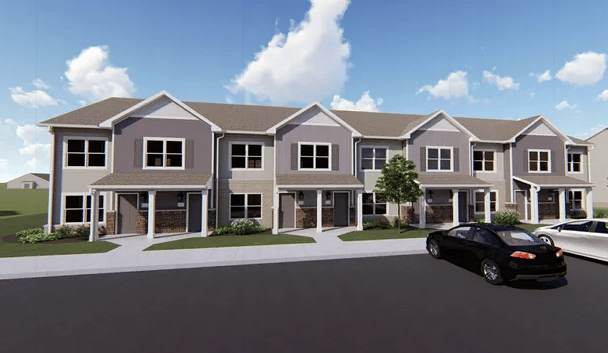 The Peoria Housing Authority and Bear Development have announced that the first phase of demolition is complete and new construction has begun at Providence Pointe, the housing development formerly known as Taft Homes.

Located on Northeast Adams Street, Taft Homes development went up in 1952 as temporary housing for returning Korean War Veterans. A press release noted that it “consisted of dense barrack-style housing which was no longer functional.”

The new Providence Pointe development will eventually include 142 affordable housing units, ranging from one to five bedrooms, according to the press release. As part of the first phase of construction, 50 units will be completed on a rolling basis between November 2022 and February 2023. Workers have already begun underground utility work, foundation set, and initial framing for those units.

The $47.3 million project will create 142 homes ranging in size from two to five bedrooms on Northeast Adams Street in Peoria’s near north side. The development will replace barracks-style residences of Taft Homes with a smaller number of townhouses and free-standing single-level homes. The development will also include a recreation center, administration building, playground and green space, said Carl Cannon, chairman of the Peoria Housing Authority board.

Residents of the old Taft Homes development will have the option to move into newly built units at Providence Pointe.