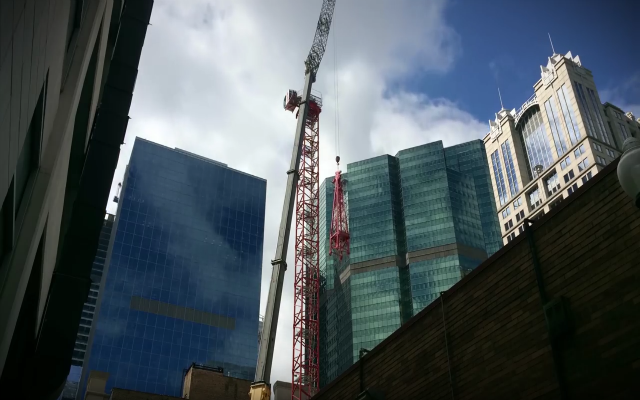 High-rise work in Chicago has picked up over the last few weeks, with the city gaining three cranes, according to the Rider Levett Bucknall’s Crane Index for North America, which tracks the number of operating tower cranes in 14 major cities across the US and Canada.

Residential construction remains the strongest sector in the city, with luxury rental leading over condos.

Also, construction on the largest residential building previously halted due to Covid has now resumed, having switched from condo to rentals. In the North End, a medical research lab – the first building of a massive mixed-use development – has broken ground.

The first quarter 2022 summary reports a 4.5% increase in cranes from the last RLB Crane Index, essentially a recovery to crane counts from this time last year.

Toronto has lead the crane count in North America since 2015.

With previously delayed projects being brought back online, the crane count experienced an increase of 22 cranes.

As is historically consistent, residential cranes make up 50% of the count, while mixed-use makes up 22%.

The third most-active sector is commercial, making up 10% of the total count.

“We expect the crane count to remain steady, as many projects are experiencing delays in their schedules due to supply chain issues and construction costs continue to climb up, giving some developers hesitancy to break ground,” the report concludes.