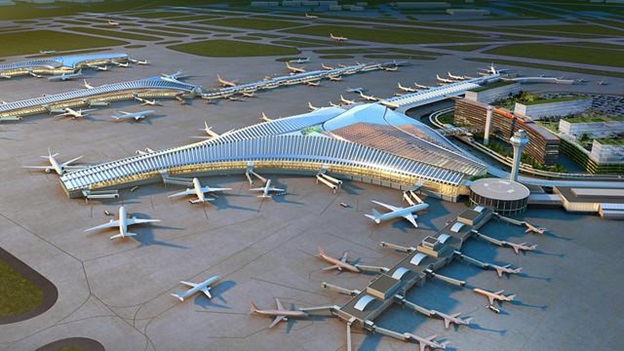 The City of Chicago has selected Skidmore, Owings & Merrill, LLP (SOM) to lead the design of two new satellite concourses at the O’Hare International Airport, an integral part of the airport’s $8.5 billion Terminal Area Plan expansion.

SOM will design Satellite Concourse 1 and Satellite Concourse 2, which will be built west of the main terminal core. The city will now enter into contract negotiations with SOM. Upon award, the company will begin working with the city and O’Hare 21 stakeholders on the modernization and expansion of O’Hare.

With approximately 1.2 million new sq. ft. of total building space, Satellites 1 and 2 will feature concourses that are double the width of those currently in use at O’Hare. The new modern, light-filled satellite concourses will be designed with flexible gates to accommodate both narrow and wide-body airplanes.

The satellite concourses are valued at $1.4 billion and are currently slated to break ground in 2022.

In June 2018, a request for qualifications to design O’Hare’s new global terminal and concourse was issued. A request for proposals followed in November 2018 to the five teams that were shortlisted based on the city’s evaluation. The joint venture of Studio Gang, SCB, Corgan, Milhouse, and STLArchitects received the highest overall score and entered into a contract with the city in May to design the global concourse and global terminal.

“With more than 80 million passengers relying on O’Hare every year, Chicago and our airline partners are making necessary investments today to keep O’Hare number one in the nation for connectivity and a competitive global hub for the future,” said Mayor Lori Lightfoot.

“As we build new state-of-the-art facilities, my administration will ensure residents from communities throughout our city can benefit from the thousands of jobs and opportunities created as we move O’Hare into the 21st century.”