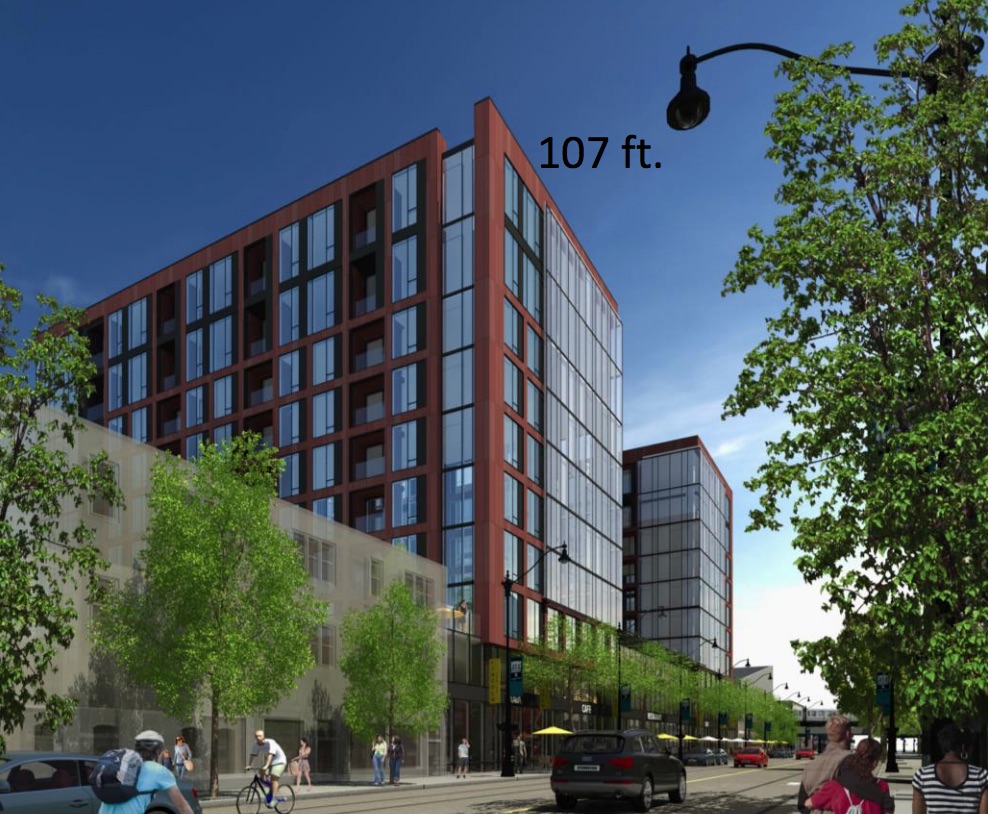 Alderman Michele Smith has decided to support the planned mixed-use Lincoln Centre redevelopment in Lincoln Park, following an extensive redesign of the original proposal submitted last year. The new version is slightly smaller, reduced to 107 from 122 feet in height, with 200 rather than 225 apartments.

Curbed.com also reports that the development, designed by Solomon Cordwell Buenz (SCB), will also include 16,000 sq. ft. of new ground level retail space. The new structure will be brick and glass, centred with an open courtyard above the development’s retail space.

Baker Development owns the property, and the redevelopment when originally proposed last year had an estimated value of about $80 million.