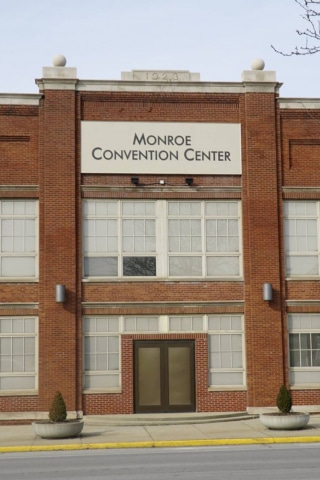 Bloomington has submitted a plan to Monroe County Board of Commissioners and County Council for activating the Monroe Convention Center expansion.

As part of its proposal, the city would take full responsibility for the expansion in exchange for the County transferring ownership and management of the Convention Center and supporting properties.

If approved, the City of Bloomington would pay the county’s existing debt on the convention center, estimated at $2 million, contribute about $1.9 million over the next 18 years to the Monroe County Health Department to support efforts to address opioid addiction and recovery in Monroe County.

The city would also initiate a multi-year pilot program to expand Bloomington Transit beyond city limits along the east-west corridor to provide improved access to Ivy Tech and nearby employers. The city would charge only the incremental cost of the additional services.

“The Convention Center project is extremely important to the vitality of our downtown and to our local and regional economy. I am deeply appreciative of the Chamber of Commerce, Visit Bloomington, and Downtown Bloomington for their leadership in moving this project forward,” said Mayor John Hamilton.

“City staff look forward to discussing this proposal and working with the Bloomington City Council, Monroe County Commissioners, County Council, and our many partners to realize this much-needed expansion.”