A new typology of affordable starter home is on its way in Chicago. A division of the Chicago Housing Policy Task Force has announced that the Adaptable House by Greg Tamborino was selected by the jury as the winner of the Disruptive Design competition.

Tamborino’s design will create an innovative, sustainable prototype that transforms vacant lots into affordable multifamily housing for the next generation of homeowners while accessibly building wealth for working families.

The competition asked architects from all over the world to submit their concepts for affordable, owner-occupied single-family or two-flat homes that included a wealth-building component (rentable unit or live/work space). After receiving 133 entries in the first phase, the jury selected three finalists: GreenFlex 600 by Joel Huffman, Urban Cabin by Georgi Todorov and Petya Petrova and Adaptable House by Greg Tamborino. All three finalists are Chicago-based.

Finalists spent six weeks refining their initial designs with feedback from the city of Chicago’s Department of Buildings and the Department of Planning and Development. They also presented their initial and final designs to residents of West Humboldt Park and Bronzeville—the two communities in which the homes are to be built. Jurors considered community feedback on the final designs, as well as their own expertise in construction, design and public health to make their decision.

Tamborino’s new take on the Chicago worker’s cottage creates a flexible two-flat with an accessible first-floor that could be an apartment or live/work space that could be easily reconfigured to adapt to the homeowner at any stage in their life. 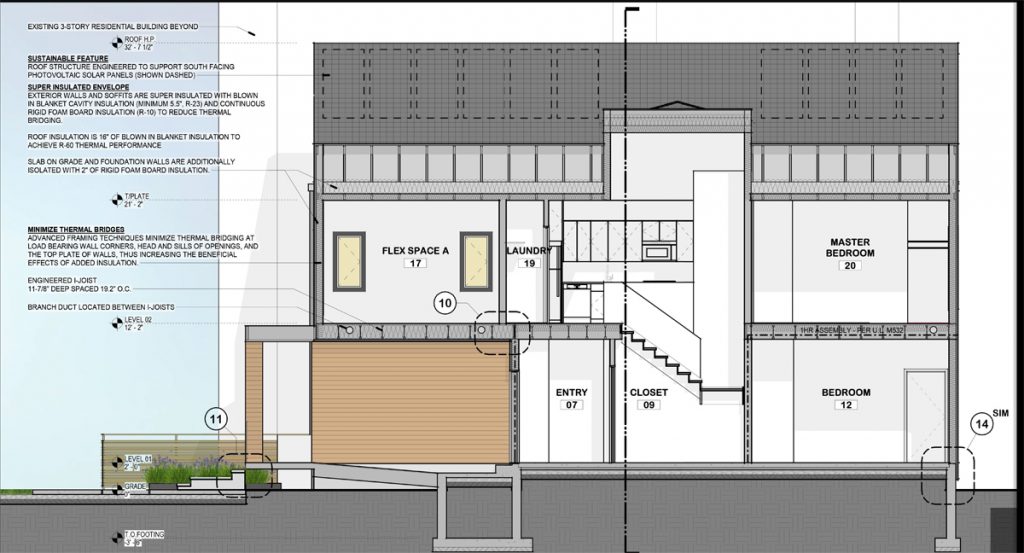 “The house is ‘disruptive’ because it reimagines the usual starter-home model,” said juror Amy Mayer of Related Midwest. “When you’re young you can own the one-bedroom on the first floor, renting out the second unit. As you get older and have kids, you can move upstairs to the two-bedroom; and, as you age, you can live on the accessible first-floor again.” The first-floor office can accommodate a work-from-home or start-up business.

“The design was sensible, with a clever floorplan,” said juror David Baker. “The large back yard offers a lot of potential,” added Frydland.

Tamborino will receive $20,000, and will complete a set of construction drawings. Related Midwest will build two of his designs—one in West Humboldt Park, and another in Bronzeville—to be completed in 2020.