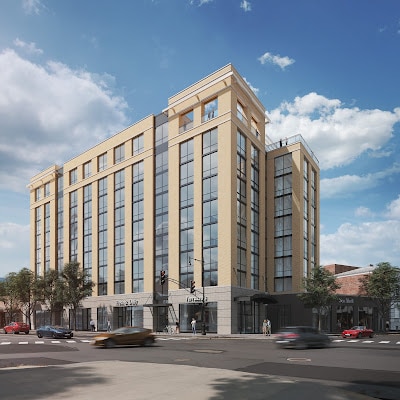 Chicago has issued a $43 million building permit for a nine-story mixed use residential apartment building at 4611 N. Broadway.

Uptown Update reported earlier that The John Buck Company is developing the structure on the southeast corner of Broadway and Wilson. There will be 200 residential units.

James McHugh Construction is the general contractor and the architect is Pappageorge Haymes. The project will reportedly have the name Platform 4611, relating to the Wilson L platform steps from the future entrance. (The site had previously been occupied by the Family Dollar and City Sports building.)