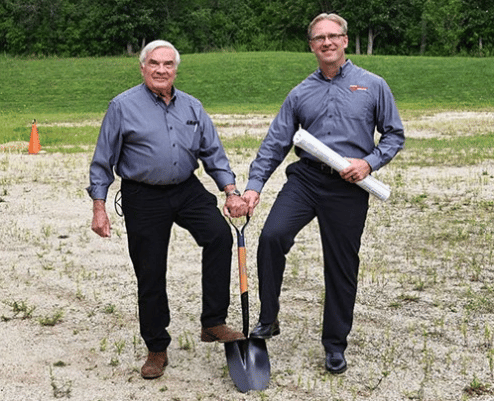 The addition to its existing 220,000-sq. ft. space will “facilitate increasing demand and more extensive equipment offerings for the mining, foundry and recycling industries.”

“The expansion of our North American manufacturing facility has been needed for a while,” said General Kinematics president Tom Musschoot. “We can handle some of our larger products, such as STM-Series Two-Mass mining screens, finger-screen recycling screens and large rotary and vibratory drums for foundry applications.

“It will further expand our capabilities for our Tuffman and GK Systems brands.”

“With customer demand for larger, heavier and more complex units, we identified a significant need for more space and increased capabilities,” GK Vice President of North American Sales Jim Egan said. “To stay competitive, we must invest in the right technology to make us as efficient as possible.

“We see multiple positive outcomes from this investment.”

Since 1960, more than 50,000 General Kinematics units have been installed around the world.