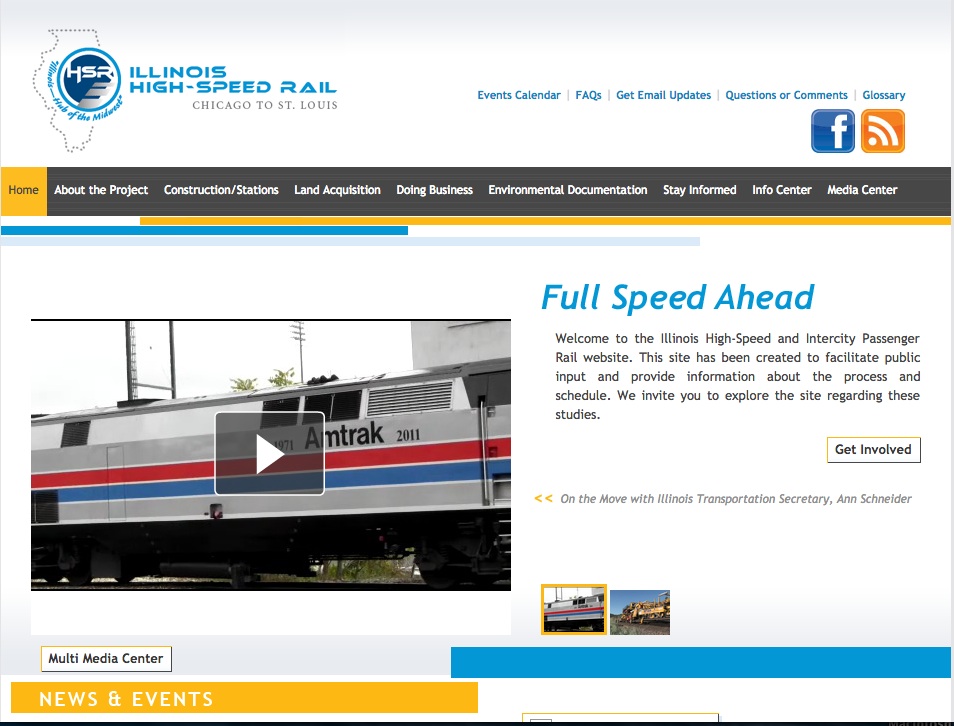 This will facilitate the construction of a new bridge over the Kankakee River near Wilmington as well as upgrades to safety and capacity along the congested corridor between Joliet and Dwight. The investment will include funding for the construction of a second set of tracks between Mazonia and Elwood, including the new Kankakee River bridge to accommodate the increased capacity.

“This investment is going to put people to work and take us one step closer to completing the high-speed rail connection between Chicago and St. Louis,” said Governor Quinn. The $102 million investment, part of the $550 million “Illinois Jobs Now” program to improve passenger rail service across the state, is expected to create or support 918 construction jobs.

The construction work, assigned to the Union Pacific Railroad under the guidance of the Illinois Department of Transportation, will take place in 2016 and 2017. The project will eventually lead to double-tracking the remainder of the Chicago-St. Louis corridor.

Upon completion of the project, the journey time between Chicago and St. Louis is expected to decrease from the current 5½ hours to 4½ hours.

This $102 million investment towards the route increases the total investment to $358.8 million, with the remainder of the $1.7 billion project federally funded.