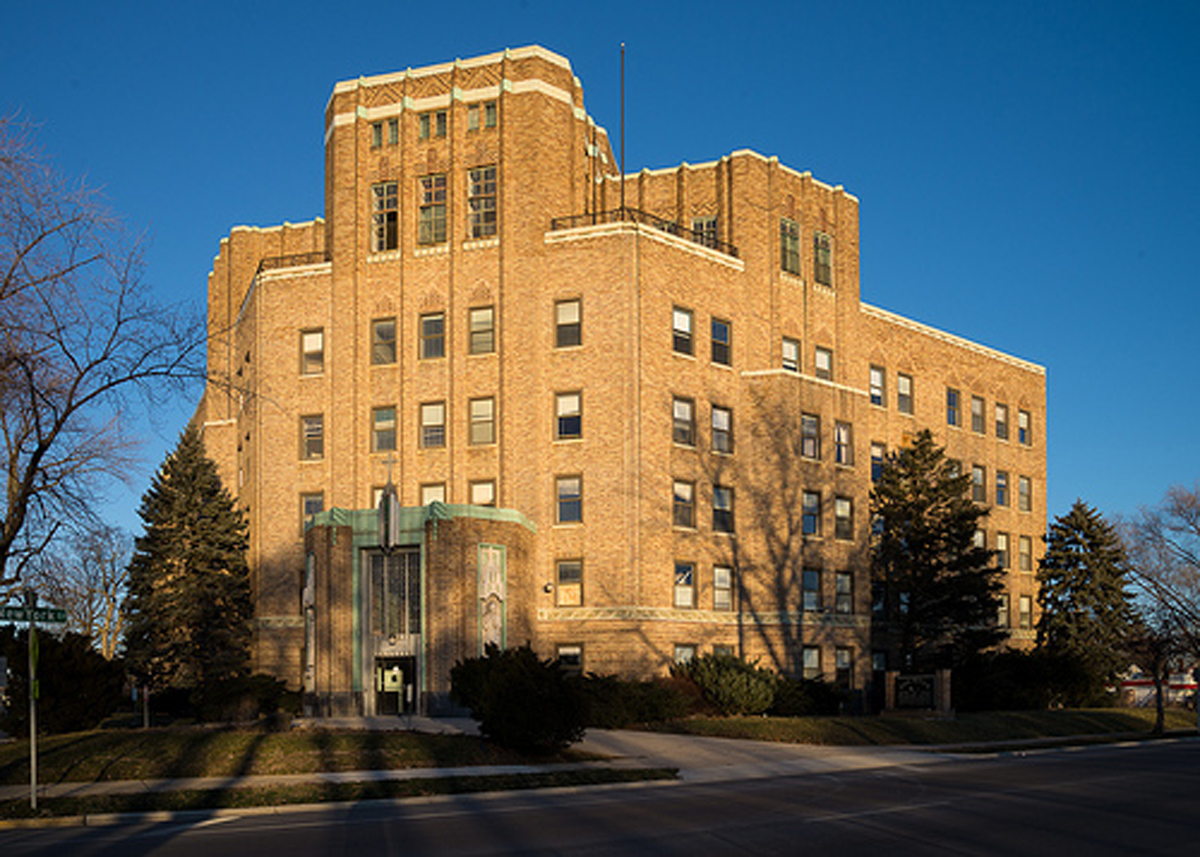 VeriGreen Development, a division of Evergreen Real Estate Group, says it has started renovations at the former St. Charles Hospital in downtown Aurora, transforming the historic art deco building into a 60-unit independent living facility for seniors. There was a groundbreaking ceremony for the $24 million project on Feb. 3.

VeriGreen says in a news release that it has collaborated with Invest Aurora, the Northern Lights Development Corporation, the City of Aurora, the Illinois Housing Development Authority and the Illinois Department of Commerce and Economic Opportunity, along with several private lenders and investors, to secure the project’s complicated layers of financing and tax credits.

“The City of Aurora is excited about the opportunity to revitalize a long-vacant building that was once a cornerstone of our community,” said Mayor Thomas Weisner. “The work that went into securing the tax credits needed to make this project financially viable is simply amazing. This speaks to the dedication of VeriGreen and its development partners who share in our mission of preserving this important landmark for generations to come.”

Designed by Wybe J. Van der Meer, the former hospital at 400 E. New York St. – directly across from McCarty Park – was completed in 1932, with additional renovations made to the interior of the structure in the decades that followed. Most recently home to the Fox River Pavilion Nursing Home, the building has been vacant since 2010, the year it was named to the National Register of Historic Places.

Last fall, the property was added to the River Edge Redevelopment Zone, created in 2006 by the State of Illinois to stimulate the development of environmentally challenged properties adjacent to or surrounding rivers using state tax incentives and grants. The program will provide approximately $3 million that will be put toward the project’s $24 million development cost. The balance will be funded using a combination of federal historic tax credits, low-income housing tax credits from the Illinois Housing Development Authority (IHDA) and private financing.

David Block, VeriGreen’s director of development, said in the statement that without the River Edge Redevelopment Zone tax credit, it would not have been feasible to move forward with renovations, as the program provides additional resources that are not ordinarily available to developers. The former St. Charles Hospital is the first combined historic preservation/mixed-income senior housing development to utilize the credit.

“The reuse and revitalization of the St. Charles Hospital has been widely supported by the community, which we are very excited about,” said Block. “Thoughtful renovations will restore this remarkable building to its original grandeur while creating a vibrant senior living community that will further stimulate growth and development in downtown Aurora.”

First move-ins at Aurora St. Charles Senior Living are scheduled for the end of 2016. The 60 new rental homes, which include a mix of studio, one- and two-bedroom apartments, will showcase spacious living/dining rooms and open kitchens. The building will also offer several shared amenity spaces, including a large community room in the hospital’s former chapel that will include a library/reading room and computer room. Additionally, outdoor walking paths and space for gardens, which will be planted and maintained by residents, will provide seniors with outdoor space to unwind and socialize.

Building in Fulton Market district would use green building standard

Residential developer to acquire South Loop parcel for about $26M