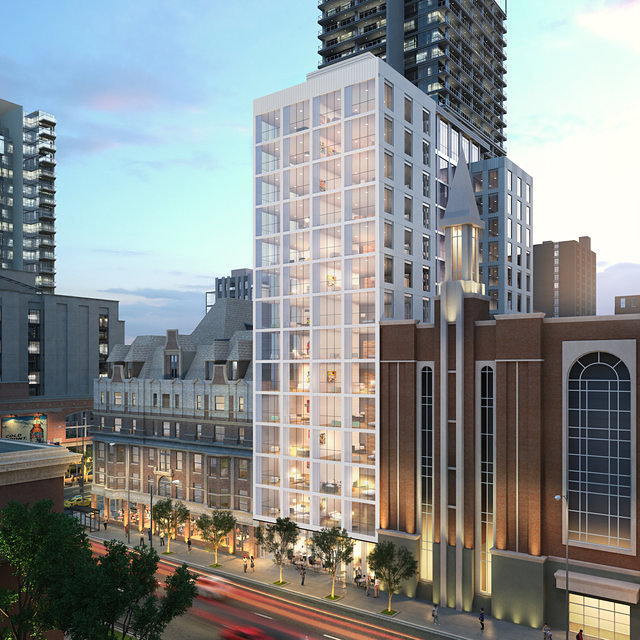 The Chicago developer that plans to convert the Bush Temple of Music building to “micro” apartments is thinking bigger for the site, seeking city approval to add a 15-story structure on the site of the near North Side landmark on N. Clark.

Developer CEDARSt. Cos., known for its FLATS micro-apartments, originally planned to bring roughly 100 studio and one-bedroom apartments and 8,500-sq. ft. of commercial space to the building. However, the plan has since been bolstered with the addition of a 129-unit building filling in the space between the Bush Temple and the upcoming Mormon temple on Clark St. And because the development qualifies as a transit-oriented development, the plan will include just 15 parking spaces for its 230 apartments, according to Chicago.curbed.com. 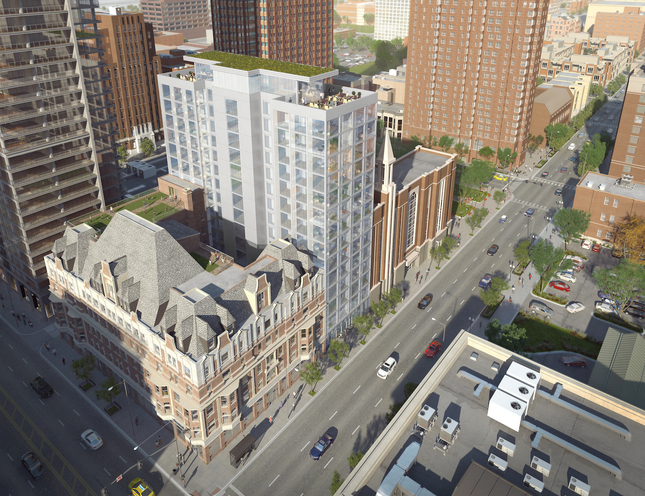 Hartshorne Plunkard Architecture is leading the renovation of the Bush Temple and has also designed the addition.