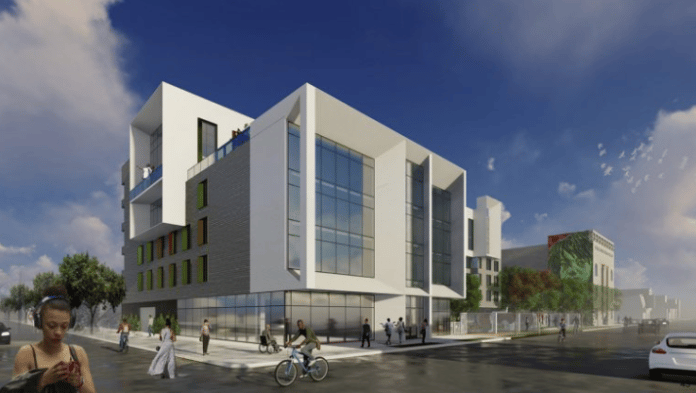 The anniversary of INVEST South/West, a revitalization strategy for 10 historically disadvantaged West and South Side communities, was marked in late November with two ground-breaking ceremonies in Austin.

“Thanks to the $2.2 billion in investment commitments from the public and private sectors since the fall of 2019, INVEST South/West is ready to expand its reach beyond retail districts to include nearby residential blocks that are vital to sustainable neighborhood growth,” said Mayor Lori Lightfoot. “We will soon say goodbye to the pervasive vacant lots across the South and West Sides and say hello to new two-flats, three-flats, and other walk-up structures that have been home to Chicago families for generations.

The INVEST South/West neighborhood improvement initiative will expand its focus from commercial corridor investments to include infill development projects that lead to housing construction and residential population growth throughout the strategy’s 10 participating community areas.

New initiatives will include multiple strategies to foster infill development on the estimated 5,600 vacant city lots in targeted communities, including:

“These programs are prioritizing the development of ‘missing middle’ buildings that small developers can finance and make available to affordable homebuyers and renters,” Department of Planning and Development (DPD) Commissioner Maurice Cox said. “By reducing pre-development costs and streamlining the land acquisition process, these efforts will fast-track new home construction that complements that commercial corridor progress that INVEST South/West successfully expedited in the last three years.”