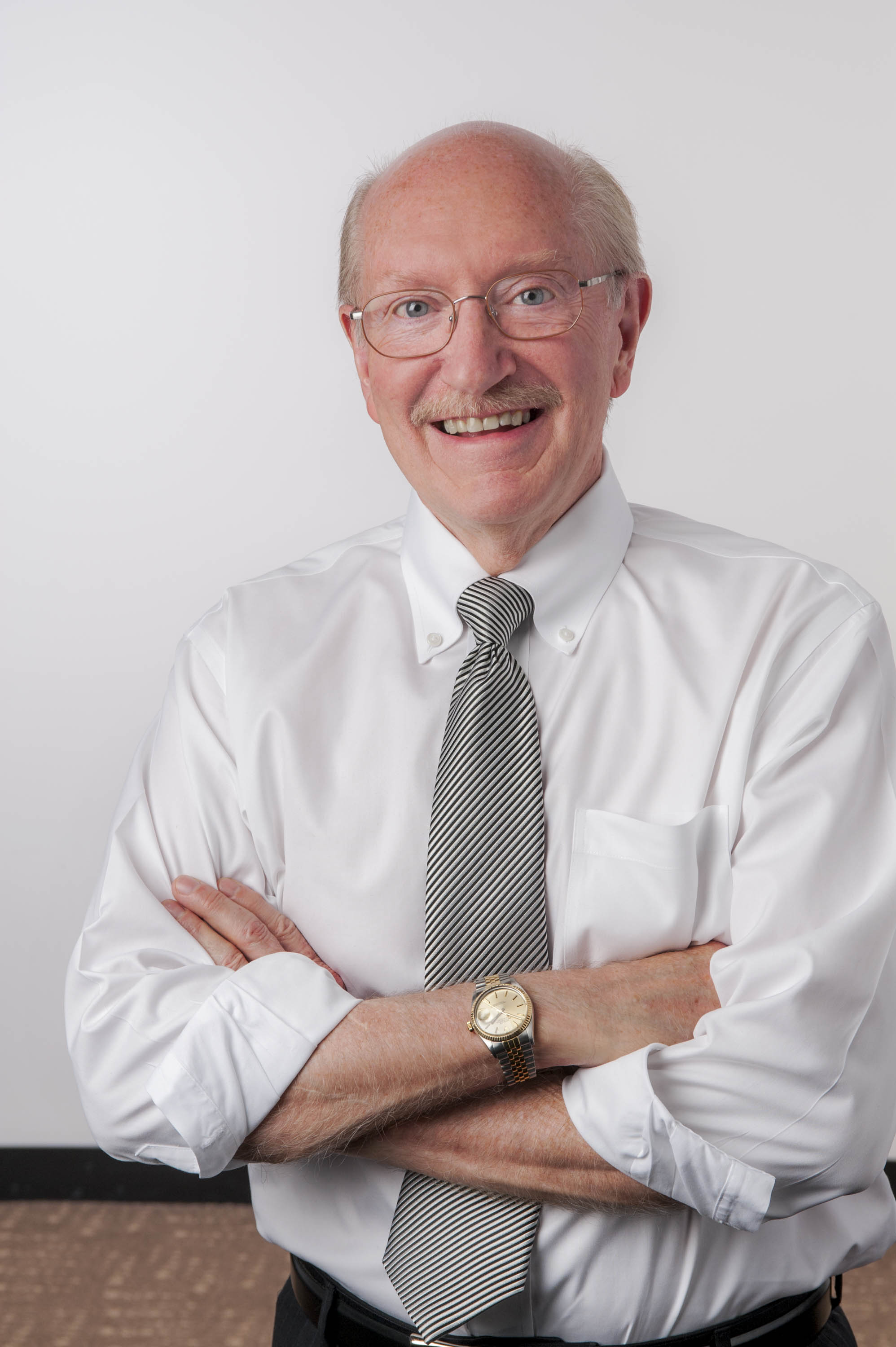 Executive vice-president of the Mechanical Contractors Association (MCA) of Chicago

Editor’s note: These are excerpts from a speech Lamb gave to an industry funds meeting

We are in the midst of a digital technological revolution that will impact our lives fully as much as the Industrial Revolution impacted those who were alive in the previous couple of centuries. There are parallels between the two eras that can help us predict the direction of our industry, our businesses and the unions with which we work.

It is a pretty big step to claim that that what we are experiencing today is in any sense comparable to the Industrial Revolution. The First Industrial Revolution is often considered by historians to be the greatest turning point in human history. During that time, the western world moved from hand production methods to machines, saw steam engines dramatically improved so that they could be used for transportation and manufacturing and saw gas lighting become practical – allowing factories and stores to stay open far longer than when lighted by candle.

So, can we really compare the technology that gave us the iPod and PlayStation 4 to the steam engine and electricity? Only history can judge, but according to the opinion of some very smart people, the answer is yes.

The first Industrial Revolution was about making physical things better: more food, better transportation, better lighting, easier and faster communications. This revolution will be all about the mental.

Moore’s law and the power of exponents

Computers have been around for 60 years or so. So why am I trying to convince you that all of a sudden we have hit a tipping point? To answer that, Andrew McAfee and Eric Brynjolfsson, authors of “The Second Machine Age” tell two different, seemingly unrelated stories.

First, in 1965, Gordon Moore, one of the early pioneers of computing and a co-founder of both Fairchild Semiconductor and Intel, predicted ­computing power would double roughly every 18 months to two years. Dr. Moore, himself, only expected this to hold true for roughly 10 years. However, Moore’s Law has proven to be remarkably durable almost up to the present.

Now the other story. Sometime around the year 950 A.D., a Persian peasant named Sessa approached his warlord with a new game which he called chess. The warlord was so thrilled with the game that he offered Sessa any reward he wanted. Sessa told the warlord that he would like one grain of rice on the first square of the chess board, two on the second square, four on the third square and so on, doubling each previous square through the 64th square.

The warlord was incensed because he felt Sessa was asking for such a small reward. When it took the warlord’s accountants almost a week to calculate the results, the warlord sensed something was wrong. When he saw their calculations, he called Sessa in and had him beheaded! I’m sure all of the engineers reading this know where this is going, but for the social studies majors like me, doubling a number in this manner very quickly produces some crazy big outcomes. By the eighth square we are only at 128, and by the 16th square we are still only at about 65,000, but by the 32nd square we are at 4.2 billion and change. By the 64th square we are in the quintillions! Which is, incidentally, more rice than has been grown in the history of the world.

So now let’s go back to Moore’s Law. If we start doubling computer power around 1958, we reach the 32nd square of the chessboard about 2006. And what has happened since? Self-driving cars, smart phones, the iPad — and remember that computing power has roughly doubled five more times since 2006.

Implications for construction and labor

Where is it headed? The biggest risk and expense on most construction jobs is human labor. Manufacturers knew this a hundred years ago. Their answer was to break work down into fairly mindless, easily done steps at first, and later to replace human beings all together. While this was damned hard on the humans being replaced, it definitely allowed costs to drop and profits to go up.

For many years, construction was sort of exempted from this trend. But those days are gone. By using BIM and GPS we can now design and build materials far away from the job site and still install them within 1/10th of an inch. As a result, contractors can experience the cost and safety advantages related to building much of a job in the shop; and because by building everything at the same fab shop the process can be mechanized to a much greater extent (think assembly line).

In short, we are going to become manufacturers of buildings rather than constructors. Yes, materials will still have to be assembled on the job site, but even that process will become more and more mechanized, to the point where most installation will be a commodity done by less expensive “assemblers.”

So what does all that mean? I think it means that traditional construction companies are going to have to be in a position to buy serious amounts of technology, hire rooms full of BIM guys who have to be paid whether they are doing BIM or not, construct fab shops to pre-fab the majority of the work and be able to afford the overhead people to coordinate everything.

For most companies it probably means that they have to get considerably bigger.

These economies of scale will allow the really big guys to bid, buy and build almost everything cheaper. And don’t forget, a company that does $175 million a year essentially has to do $500,000 a day to feed the beast. So they will be voracious in going after the work. All in all, I think it is going to be very hard to be a $50 million a year sub-contractor going forward.

As for the smaller guys, they will need a niche. Somebody still has to repair those 75-year-old boilers. And there will still be jobs that are simply too small for the big guys to do economically. But it will be hard to do much volume in this part of the market.

And you service guys, technology may well make you very, very rich – if you embrace it. If you can get in on the ground floor of the SMART building movement, so that you control the flow of information that the building produces, you can in effect generate a perpetual stream of service contracts.

As we progress more and more into the world of manufacturing, highly skilled on-site craftsmanship is going to become less critical, and business and production skills are going to become vastly more important. And here’s the trick. Contractors are going to have to begin transforming their businesses at the same time that they have to keep the lights on and the doors open in an industry that is still operating to a large degree in a 20th century manner.

One thing is for certain – we will go through at least some period of time where we have high unemployment and even higher underemployment. My view is that the massive underemployment that the United States has seen since 2008 was not caused by the recession as much as it concealed the fact that technology is really beginning to eat away at formerly safe middle class jobs.

I think the practical result of all this on companies is twofold: first, the labor force will increasingly be comprised of fab-shop workers of various skill levels, with some but not most making as much as a union journeyman. On the construction side there will be a handful of highly skilled (and well paid) supervisors running a crew of much lower paid installers. Moreover, it will be more and more common for big mechanical contractors to fab the job to the extent that they want, and sub out the actual assembly to companies that do that. The “value-added” will come primarily from design and engineering.

You are probably already thinking that nothing about this scenario is encouraging in regard to labor relations. With considerable regret, I have to say that this second revolution is all too likely to severely impact the building trades – at least in the short term. As to the longer term, one should not forget that unions largely came into being to protect the worker against the managerial excesses of the ­first industrial revolution.

Earlier we touched on service. It is ironic that a few years ago we were saying that a service guy would not need to be all that good, because all they would be doing is replacing circuit boards. It now appears that the service guy is going to have to be extremely technically competent for some time into the future because it is going to be a long time before all buildings are smart. And as always, he or she will still need to possess excellent customer relations skills. This argues for a highly paid individual.

Change is hard – few people like it, especially if they have amassed considerable wealth under the old rules. But a contractor who wants his company to endure must begin to learn about, and adopt, the new technologies – on both the management and field sides. As General Eric Shinseki famously stated, “If you don’t like change, you’re going to like irrelevance even less.”

Mystery: Can you connect a Chicago construction company owner with a...