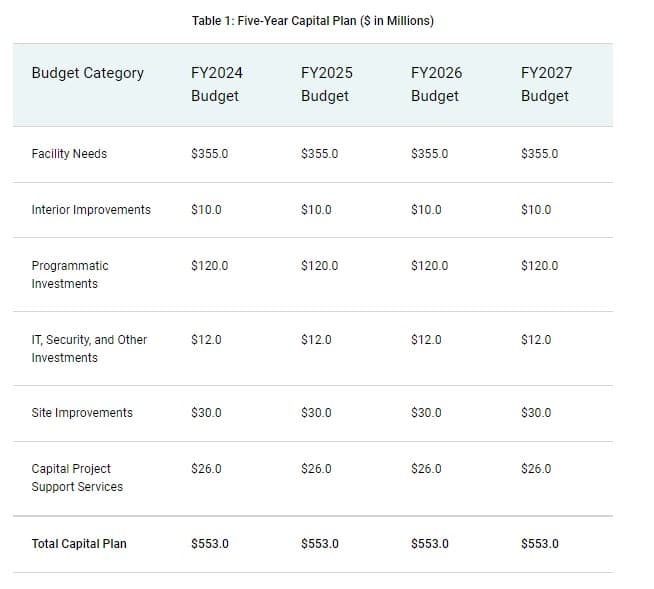 Chicago Public Schools has included $70 million in its capital budget for a new Near South high school.

The district’s investment, revealed in its new capital budget released Tuesday, is on top of the $50 million the Illinois Legislature allocated to the project two years ago.

The allocation will allow the district to “explore building a new neighborhood high school” in the area, but the district is “early in the engagement process,” officials noted.

In 2018, a Circuit Court judge blocked a controversial plan by CPS to convert the National Teachers Academy, 55 W. Cermak, into a high school and CPS said the commitment o more than $60 million would remain tied to the project.

CPS’ capital budget, which identifies construction and building maintenance projects for the upcoming fiscal year starting July 1, jumped 12.4% to $764.5 million. About $550.8 million is CPS-funded while the rest is made up of outside funding such as tax increment financing, or TIF, dollars, state funding and other outside sources.

Other highlights include $58.5 million for playground and play lot replacements at 64 schools; $30.5 million to improve building accessibility for the disabled; and $28 million for technology and security upgrades.

Almost half the capital budget, $365.2 million, is going toward facilities repairs, but that’ll only make a dent in what CPS officials identified as more than $3 billion worth of “critical facility need” districtwide. The school system’s 522 campuses are an average of 82-plus years old.

“This proposed budget reaffirms our commitment to academic excellence while addressing mental health and other much-needed supports following a challenging past two years,” Mayor Lori Lightfoot said in a statement hours after she launched her re-election campaign.