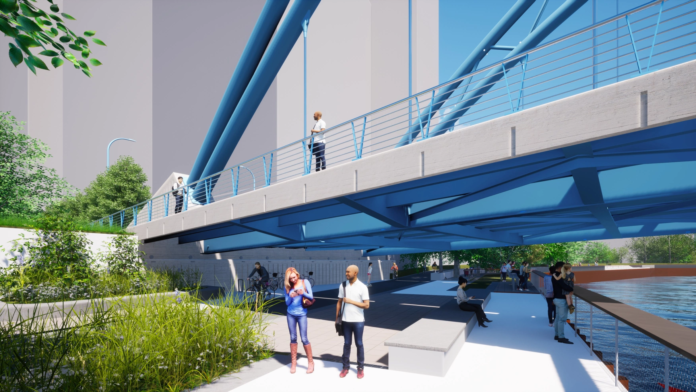 Developer Sterling Bay has released plans for a $35 million bridge to provide a new way to travel between Bucktown and Lincoln Park, while also extending the the 606 trail across the Chicago River.

Sterling Bay’s $6 billion Lincoln Yards development is turning 55 acres of former industrial land along the North Branch of the Chicago River into a combination of commercial and residential spaces, WGN-TV reported on Oct. 12. 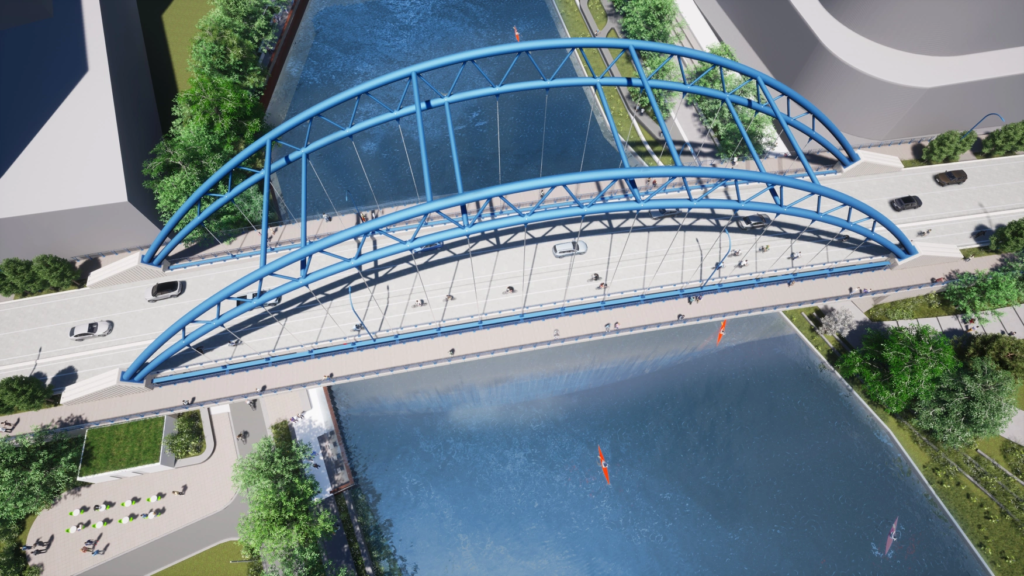 The company also received a $1 billion taxpayer subsidy for improvements to infrastructure like bridges, roads and rail. This includes plans to extend the popular 606 Trail from its current endpoint in Wicker Park to run under the Kennedy Expressway, over the Chicago River via a new bridge on Dominick Street and into Lincoln Park.

The broadcaster reported: “Renderings released Monday show how the new Dominick Bridge will cross over the Chicago River to ultimately extend Dominick Street from Webster Avenue to North Avenue, including lanes for cars, a two-way bike lane and pedestrian walkways. The bridge will also include an extension of the Chicago Riverwalk underneath.”

Sterling Bay said the bridge construction is expected to begin in the middle of 2021 and take about two years to complete.