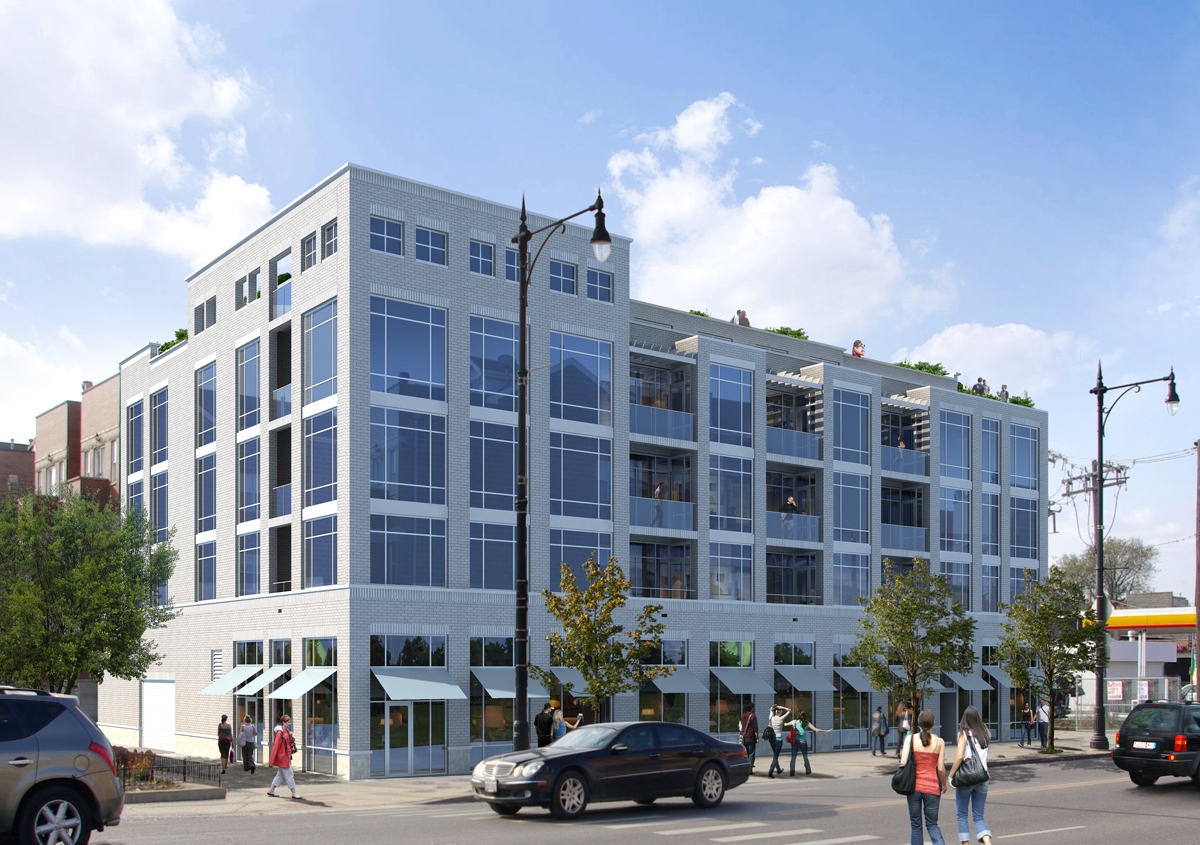 Developer Sedgwick Properties has broken ground on a 30-unit luxury apartment building in Chicago’s Wicker Park neighborhood, expected to deliver in the spring of 2016.

The developer said in a news release that it serves as the” architect, designer, developer and general contractor” for all of its projects.

The five-story building at 1545 W. North Ave., will offer a mix of one- two- and three-bedroom luxury apartment rentals, with individual units ranging from 675 to 1,500 sq. ft. Duplex penthouse units include expansive private rooftop terraces. Rents are expected to range from $1,900 to $4,000.

“1545 W. North Ave. brings a new luxury rental community to a stretch of North Avenue that has become a target area for new multifamily development, retail and restaurants,” said Marty Paris, president of Sedgwick Properties. “We are proud to have worked collaboratively with the city and area residents to contribute to the redevelopment of this stretch of North Avenue, improve the neighborhood and create a much-needed luxury housing alternative in an area where it has been missing.”

The development will also include approximately 2,600 sq. ft. of ground floor retail space.