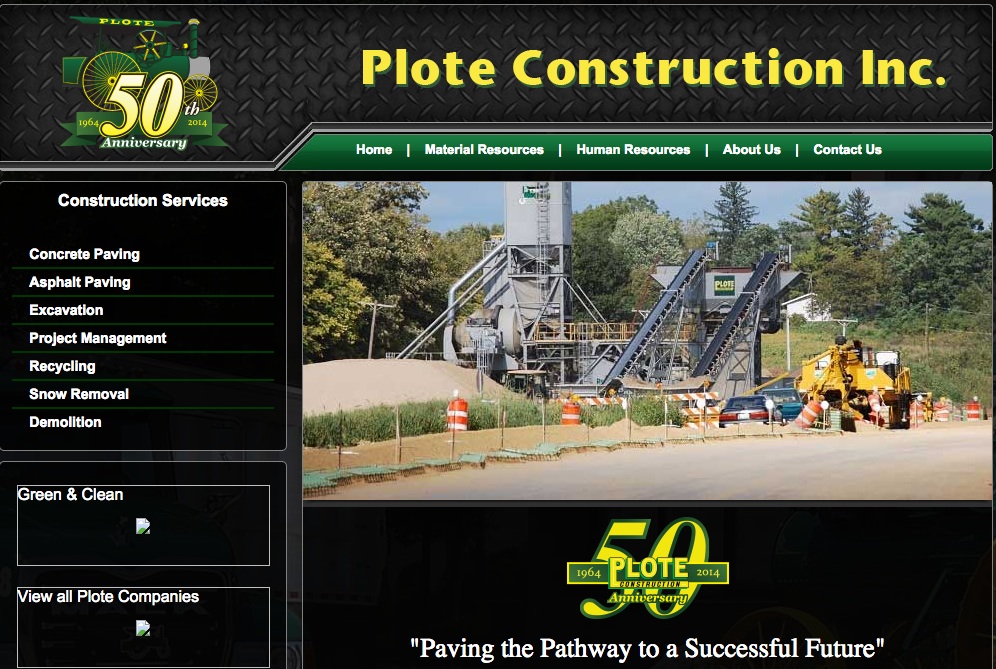 Hoffman Estates-based Plote Construction Inc. has won contracts of more than $3.27 million for resurfacing roads and other road development works in Cook County as a part of Illinois Governor Pat Quinn’s recent announcement of $16.3 million in funding for construction in Cook and DuPage Counties under  the “Illinois Jobs Now!” construction program.

The firm, the lowest of three bidders, has received a $1,084,284 contract to mill and resurface, patch and repair curb, gutter, median and sidewalk on 0.97 miles of Illinois Route 58 between Interstate 290 and west of Interstate 90 in Rolling Meadows.

The lowest of four bidders, Plote Construction has also received two resurfacing contracts. Under the $1,610,119 contract, 1.96 miles of resurfacing will be done on Barrington Rd. from U.S. 20 to Schaumburg Rd. in Schaumburg, Streamwood and Hanover Park.

The firm will also resurface Barrington Rd. from Illinois Route 72 to Schaumburg Rd. in Streamwood, Schaumburg and Hoffman Estates ― a stretch of 1.76 miles – for $1,582,114.

Illinois Department of Transportation will be managing all three projects.

The projects are awarded as part of Governor Quinn’s agenda to create job opportunities as well as improve local infrastructure.