The new project would include 1.35 million sq. ft. of rentable space, with a 40-ft. lobby, and new public park space — making it the tallest purely office building to be built in Chicago since 1990, according to Curbed Chicago.

“Roughly half of the site’s area will be public space comprised of an open-air park at its northern end as well as a 45-ft.-wide block-wide riverwalk undercutting the tower’s western edge,” Curbed Chicago reports. “To create this 55-ft.-tall covered promenade, nine load-bearing columns would converge into three structural nodes at park level—further maximizing river views from the pedestrian perspective.” 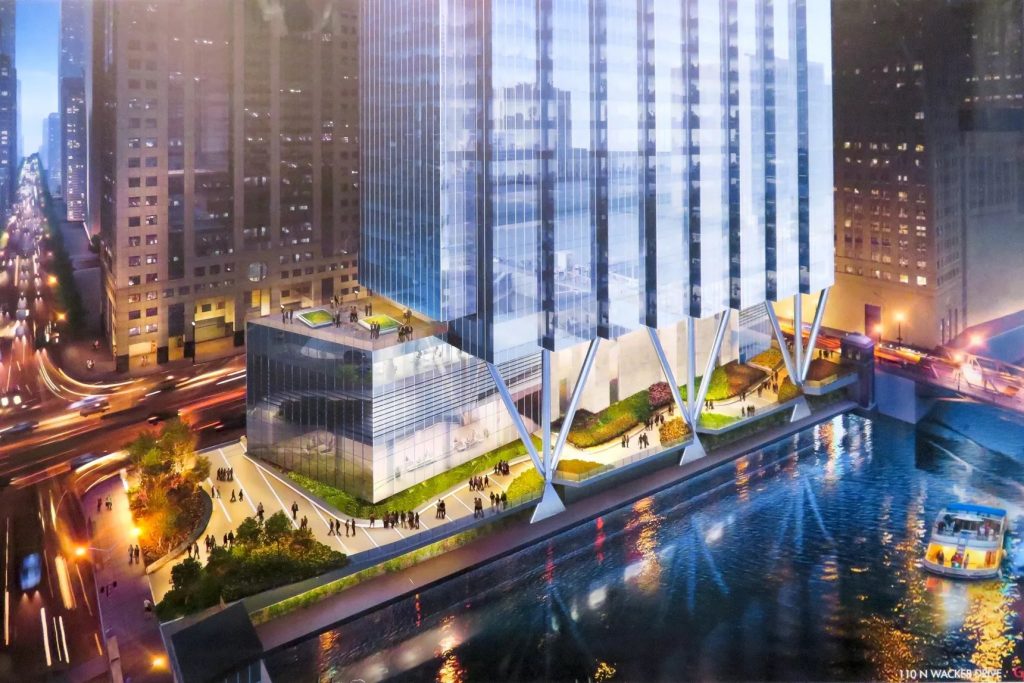