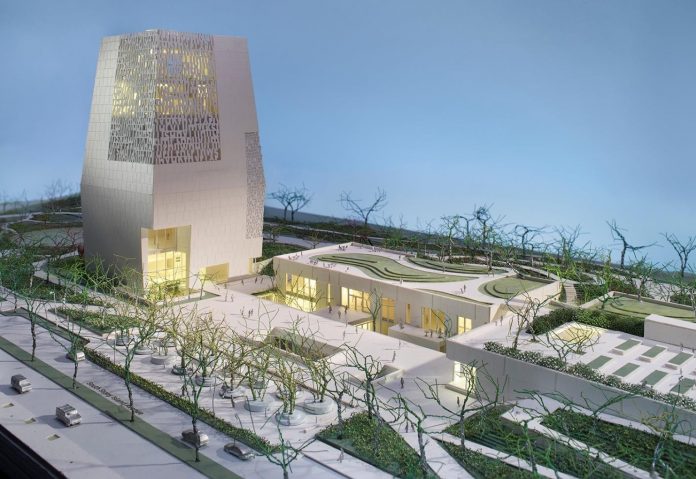 A federal judge is being asked to temporarily block construction related to the Obama Presidential Center in Jackson Park by park preservationists.

The opponents assert that trees have been cut down at the park despite a lack of final government approvals, based on a Chicago Sun-Times report revealing that trees were.

The motion was filed as part of an existing lawsuit against the city of Chicago and Chicago Park District, seeking to prevent the use of Jackson Park for the Obama Center complex. There will be a hearing the matter today (Aug. 14).

Lawyers for the city and park district told the court in a June 28 brief that the lawsuit was “premature” because the City Council had not yet enacted an ordinance authorizing the work or approved terms of the construction with the Obama Foundation, the Sun-Times has reported. A judge put a stay on the litigation.

The situation changed when the newspaper reported on Aug 6 that the park district was digging up baseball diamonds and cutting trees on land adjacent to the proposed Obama Center site.

The baseball land will be used to replace a track and field facility displaced by the Obama complex.

The Obama Foundation is trying to distance itself from the tree-cutting controversy on the pretext that they have little to do with it because the construction work is not on the Obama Center site, a foundation spokesperson was quoted as saying.

The motion to lift the stay on the lawsuit asserts that the judge was misled by the city and park district.

On June 28, lawyers for the city and the park district argued in a joint brief that the lawsuit was “premature” because “the terms of the agreement do not yet exist, nor has the City Council authorized the city to enter into an agreement with the foundation or approved the terms.

“…The City Council has yet to introduce, much less enact, an ordinance authorizing the construction and operation of the Center,” the city/park district brief said.

The Protect Our Parks motion countered  that the tree cutting knocked out the “premature” argument.

“The Court accepted the Defendants’ representations that no work would take place in Jackson Park related to the Obama Center,” the motion said.

An Obama Foundation spokesperson said in a statement to the Sun-Times:  “The Foundation’s focus is on the federal review process and continuing to engage with the public on our plans for a presidential center and museum that will tell the story of this historic presidency and Chicago’s role in it, that will both respect and enhance Jackson Park, and that will showcase the South Side to the world. We are confident that the city’s process to authorize the use of land in Jackson Park for the Presidential Center is appropriate and that our plan is consistent with Chicago’s rich tradition of locating world-class museums in its parks for the benefit of the parks, those museums, and the millions of people and families that enjoy both every year.”