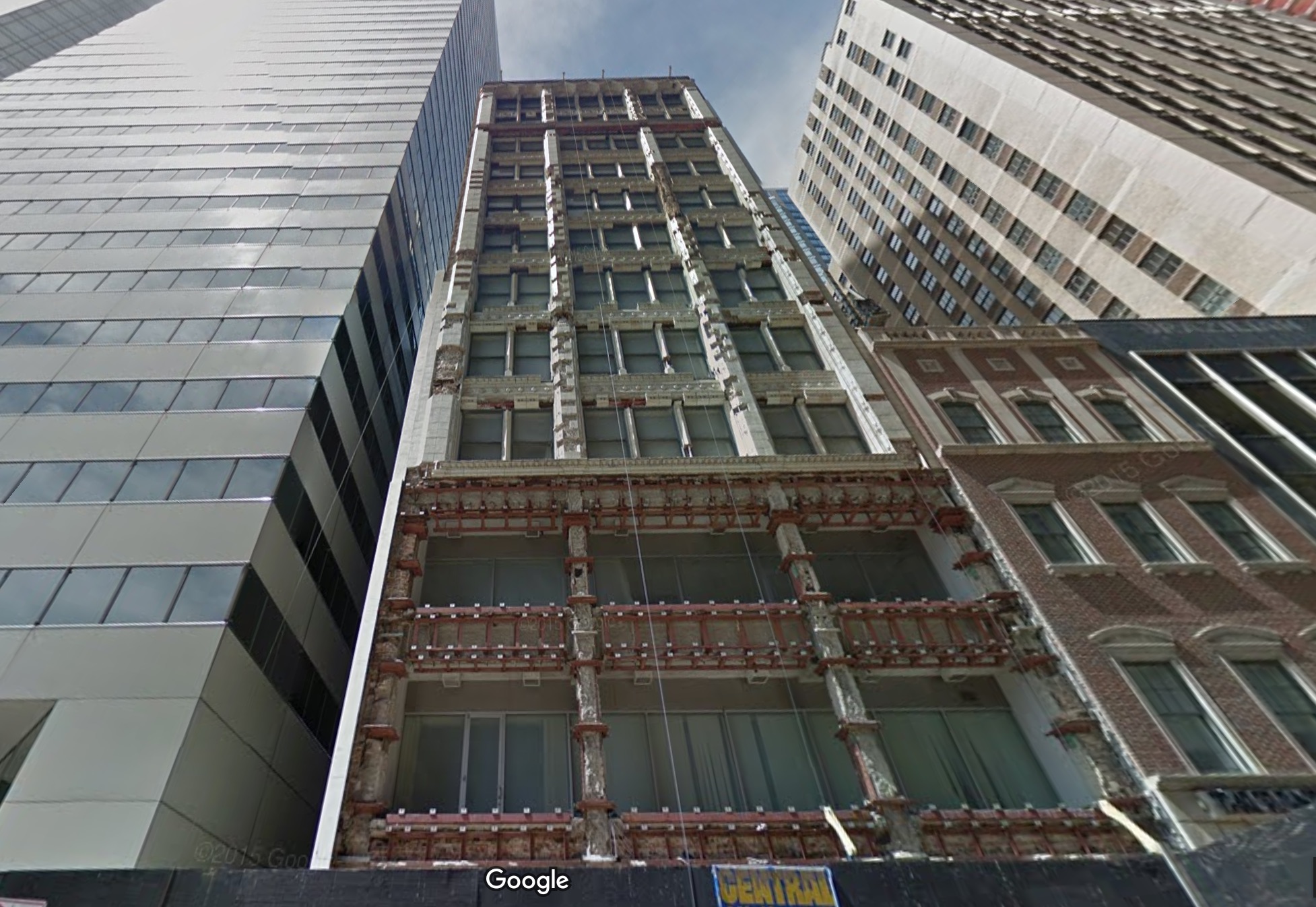 About three years ago, Crown Commercial Real Hotel Estate and Development proposed spending about $30 million to turn the 12-story building into a Hotel Indigo, finally completing the building, (Marshall and Fox had designed the structure so it could be extended eventually to 16 storys, The Chicago Architecture blog reports.)

“Construction crews showed up a year after the initial announcement and spent months hacking apart the dodgy bits of the building’s facade, and gutting parts of its interior,” Chicago Architecture said. “And then, as sometimes happens in downtown Chicago, one thing ceased leading to another. The formerly abandoned building, now pockmarked and shabby, went back to being a toilet for vagrants.”

Crain’s Chicago Business reports that Oxford Capital has purchased the property and plans to put a hotel there.