Developer Optima, Inc. says the village of Wilmette on Chicago’s North Shore has given final approval to its plans for a mixed-use development of 109 apartments and street-level retail at 1210 Central Ave.

Optima plans to break ground in late 2021 at the site, which is currently occupied by a bank and located across the street from the Metra commuter train station at Green Bay Road.

“Thanks to the support and shared vision of Wilmette’s leaders, we’re excited to be back in the North Shore developing our newest project,” architect and Optima CEO David C. Hovey Sr. said in a statement. 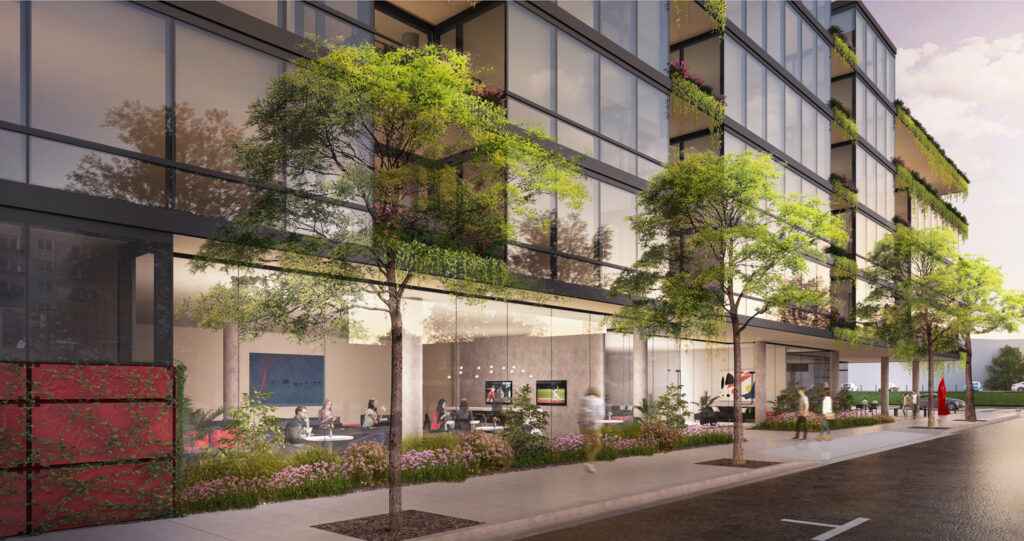 The firm completed the  660-unit Optima Old Orchard Woods condominium development in nearby Skokie, one of the its 20 North Shore projects.

The final approval of the Wilmette building comes on the heels of Optima starting construction on Optima Lakeview, a new mixed-use, transit-oriented development of 198 apartments and street-level retail at 3460 N. Broadway in Chicago’s Lakeview neighborhood, which is scheduled to be completed in 2022.

The the developer says the project will  feature Optima’s vertical landscaping system that it has perfected at its Arizona communities. “The Wilmette system will include self-containing irrigation and drainage and be complemented with hand-selected plants that will stay green year-round – even during the most extreme weather conditions,” the statement said.

“While we’ve long included green and sustainable features at our Chicago-area developments, the Wilmette project will introduce Optima’s signature vertical landscaping to the region,” Hovey said. “We’ve identified some very special plants that will thrive in this environment.”

In addition, Optima says it is committed to earning Green Globes Certification for sustainable construction practices for the building, which is scheduled to be completed in 2023.