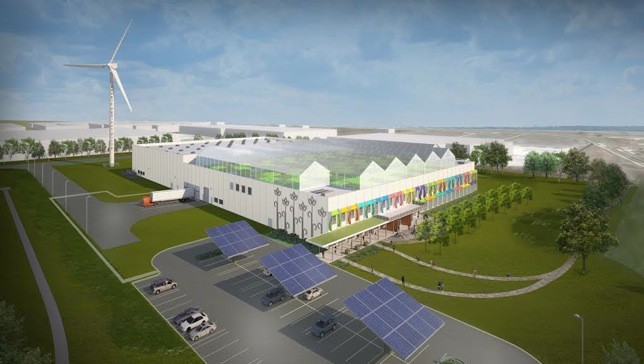 Method Products, a manufacturer of eco-friendly cleaning products and soaps, sought the highest level of LEED certification — platinum, for its Pullman plant, aiming according to one published report, to be the first US Green Building Council (USGBC) LEED Platinum manufacturing site in the nation, according to an earlier report in Mother Nature Network.

The $30 million price tag for the greenhouse-topped project was about a third higher than it would have been if the factory had been built to more conventional standards, Crain’s Chicago Business reports.

Why not go for Silver or simply Certified, two lower-ranked LEED classes? “That’s not how we do things,” Method co-founder Adam Lowry,  a Stanford University-trained climate scientist, was quoted as saying.

The plant, which opens officially April 28, has one of its three production lines up and running. When fully functional, it will employ about 100 people and produce 90 percent of Method’s 200 products.

“It’s being touted as the factory of the future,” Crain’s reported. “So what does that look like? Come along on a photo tour.”