McHugh Construction has marked its 125-year anniversary by donating $125,000 to a variety of organizations and installing commemorative window displays of some of its most iconic projects throughout history at its headquarters at Chicago’s South Loop.

“We’re incredibly grateful to have played such a vital role in building Chicago’s world-famous skyline, and we’re thrilled to give back to the city that has given us so many amazing opportunities,” said Patricia McHugh, chairman of McHugh Construction and fourth generation leader of the firm. “We wouldn’t be here today without all the hard work of the generations of men and women who have labored on McHugh-built iconic structures over the past 125 years.”

Founded by James D. McHugh in 1897, just four years after the World’s Columbian Exposition, McHugh Construction has grown from a bricklaying business to one of the largest general contractors in the Midwest. And in the past few years, the company has seen tremendous growth, entering new markets such as Nashville and Miami. The founder’s great granddaughter Patricia McHugh now leads the company as chairman.

“People used to ask Jim how he could do the Marina City project,” said Michael Meagher, president of McHugh Construction. “At the time, it was the tallest cast-in-place concrete structure in the world, and he had this great saying, ‘If we can do seven floors, we can do 60.’ It is that sort of risk-taking that has been a staple of our company. We have become known as the contractor that can do innovative projects because we look at challenges fearlessly.” 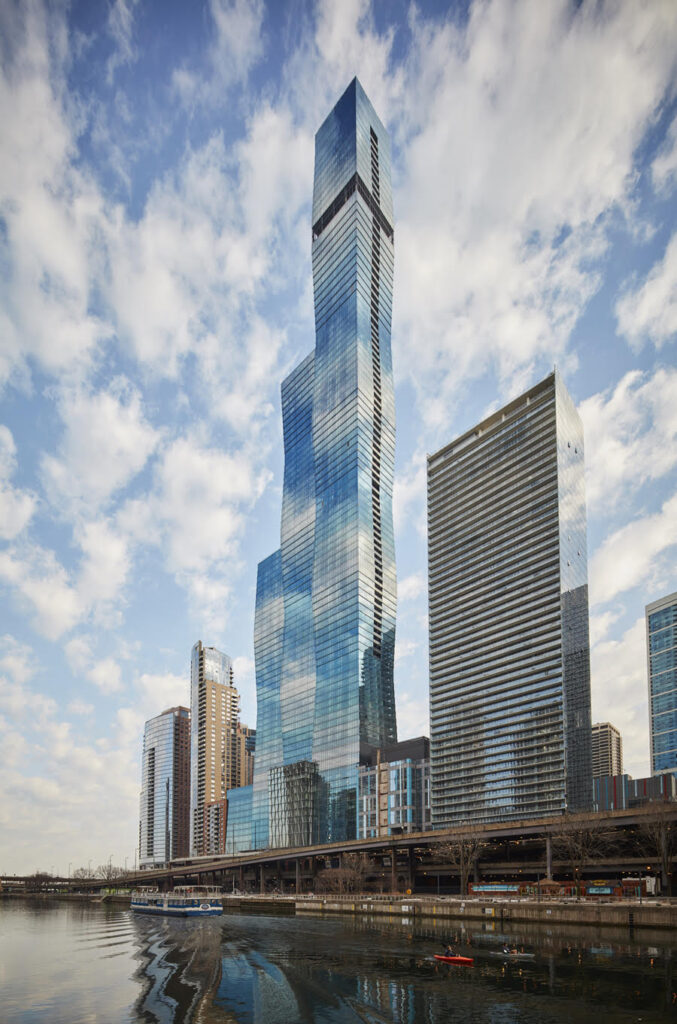 McHugh has given new life to landmarked buildings and restored a majority of Chicago’s hotels, including major renovation projects for the city’s five-star destinations like the recently completed Four Seasons Hotel. In the mid-80s McHugh constructed Presidential Towers, igniting the area’s transformation into the neighborhood we now know as the West Loop. McHugh continues to build numerous luxury condominium towers in the now booming neighborhood, along with McDonald’s Global Headquarters.