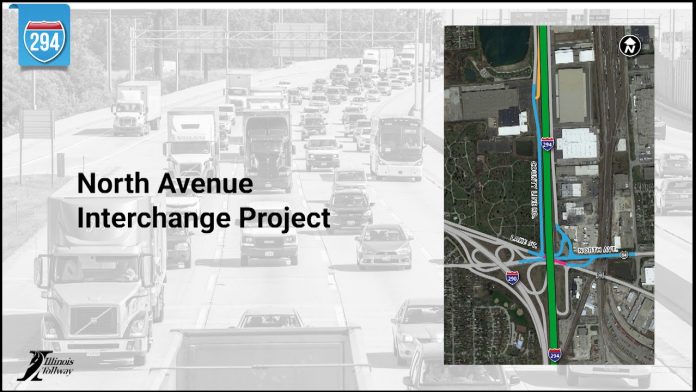 A detailed planning and refinement process is underway to complete design and construction plans for reconstruction of the I-294 tollway, including rebuilding the Mile Long Bridge and the BNSF Railway Bridge, both scheduled to begin in 2019.

“As we look forward to the 2019 construction season, we are positioning the Tollway to continue making progress on the Central Tri-State Project – the largest construction project this agency has undertaken yet,” Illinois Tollway executive director Liz Gorman said in a statement. “This 22-mile section carries some of the heaviest volume of passenger and freight traffic on the Tollway system, resulting in twice the amount of congestion delays when compared to the entire Tollway system, so it is critical that we keep these improvements moving forward.”

More than $558.1 million in construction contracts have been approved by the Tollway board in 2018, as part of the seventh year of the Tollway’s 15-year, $14 billion capital program, Move Illinois: The Illinois Tollway Driving the Future.

To date, nearly $6.2 billion has been invested by the Illinois Tollway since the Move Illinois Program began in 2012, with nearly $1.8 billion of that total committed to small, diverse and veteran-owned firms. In addition, the capital program has created or sustained an estimated 64,910 total jobs as of October 2018, the agency said in a statement.

To complete the selection, a committee of Tollway professionals and independent engineering officials considers the top recommended firms and finalizes the top three firms in ranked order. The Tollway then seeks to negotiate a final contract price with the top-ranked firm. The award of a professional engineering services contract is dependent on approval by the Tollway Board of Directors.

Construction contracts for Illinois Tollway projects are competitively bid under the rules of the Illinois Procurement Code. As part of the process, contractors’ bid submissions for construction work advertised by the Tollway are opened and read aloud during public bid opening meetings, which are also broadcast live on the Tollway’s website. Following an agency review process, the lowest, responsible and responsive bid is presented to the Illinois Tollway Board of Directors for review and approval.