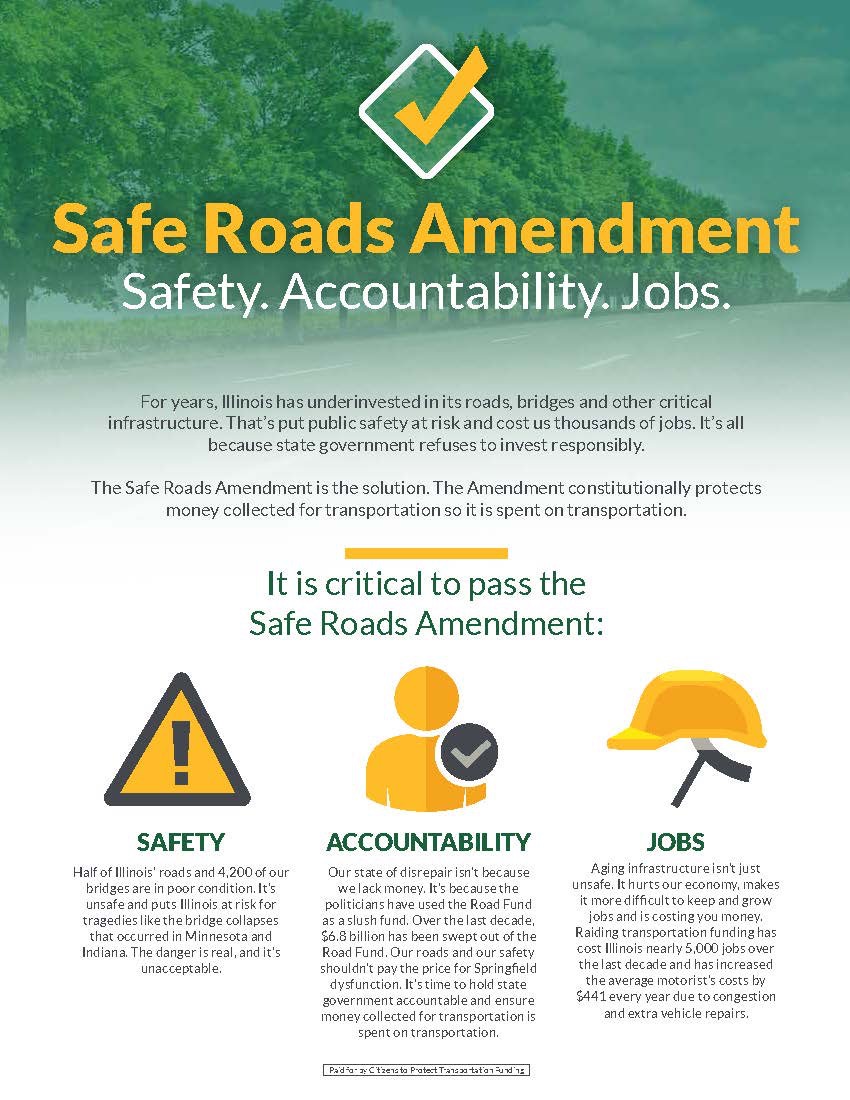 Illinois supporters of the proposed “Safe Roads Amendment” have kicked off an advocacy campaign to educate voters about the ballot measure.

A proposed constitutional amendment will appear on the November ballot asking Illinois voters whether the state should put transportation funding in a “lockbox” so that it cannot be used for non-related spending, Progress Illinois reports.

Citizens to Protect Transportation Funding (CPTF), a coalition of business, labor and construction groups, launched the Safe Roads Amendment advocacy campaign and has already raised $1.2 million for the effort.

The group has a new website and plans to use online advocacy, grassroots organizing, and television and radio ads for its campaign.

CTPF  maintains that “protecting Illinois’ transportation funding with the amendment means safer roads, a stronger economy and is the only way to hold Springfield accountable for future spending.”

“Illinois’ infrastructure is aging and decaying, while the money to fix it is being spent elsewhere,” the group says. “Supporting this amendment will ensure money collected for transportation is spent on transportation.”