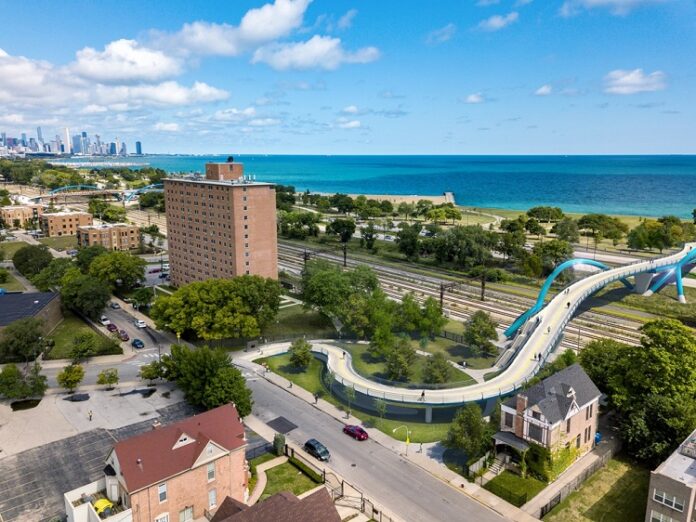 A $31.5 million project will replace a decades-old pedestrian bridge over Lake Shore Drive at 43rd Street with an accessible bridge.

The spans at 41st Street and 43rd Street are designed by AECOM with Cordogan, Clark & Associates and were developed in coordination with the Chicago Park District, the Chicago Department of Transportation (CDOT) said in a Nov. 27 statement. The prime contractor is FH Paschen.

The new overpass, with a curvy design similar to the one completed at 41st Street in 2018, will allow wheelchair users, bicyclists and emergency vehicles to cross Lake Shore Drive and the adjacent railroad tracks.

He said work to close and demolish the existing pedestrian bridge will begin in the next few days.