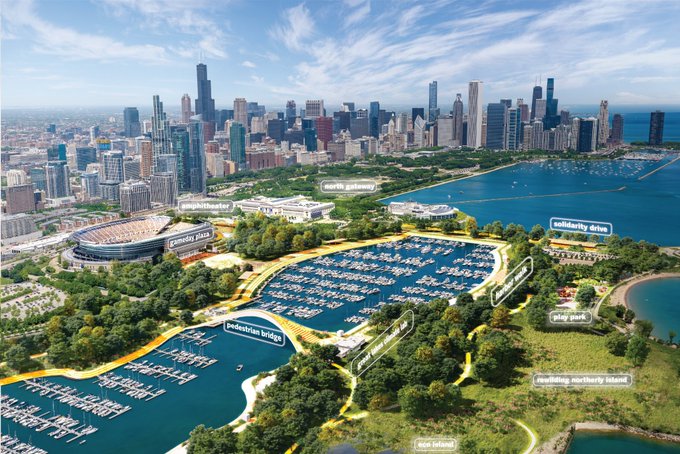 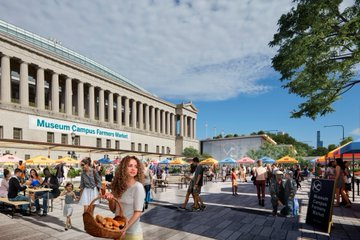 “This is an exciting step as we continue our efforts to invest in making our city more equitable and keeping Chicago a must-see destination,” Mayor Lori Lightfoot said on Twitter, following the release of the Museum Campus report.

The report also recommends:
Physical and socioeconomic barriers have stood between “this incredible resource” and many residents, the report concludes. “Advancing equitable access to the Campus with enhanced transportation options, inclusive site planning, and culturally diverse programming are necessary to honor the site’s legacy and increase its relevance to all Chicagoans.”

A dome would make the nearly century-old stadium more desirable for the Chicago Bears and other potential users, if it is economically and architecturally viable. The Bears signed a purchase agreement for Arlington International Racecourse in Arlington Heights, Ill., and could build a stadium complex there.

In addition to a dome, the report suggests structural changes to Soldier Field, including “substantially rebuilding” parts of the stadium, per Crain’s. Selling naming rights also could be under consideration.Soldier Field is owned by the Chicago Park District. With 61,500 fans, it has the lowest capacity in the NFL. It opened in 1924. The next-oldest stadium in the league is Lambeau Field in Green Bay, which dates to 1957.