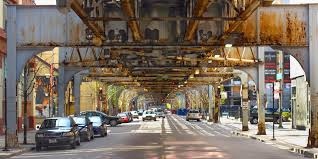 The Chicago Transit Authority (CTA)  has awarded a $40.3 million contract to Kiewit Infrastructure Co. for renovation work along Brown and Purple line between the Near North Side and downtown, which will start in this spring. The work includes upgrades of tracks between the Armitage and Merchandise Mart stations, which carry about 700 CTA trains daily, to deliver faster and reliable service.

For nearly a year, ironworkers have been repairing and upgrading on the more than 100-year-old slow- zone-marred stretch of track, called the Ravenswood Connector by replacing “flange angles” ― critical brackets that reinforce the elevated structure and support the tracks and will continue to do so this year as well. For the slow-zone renovation, $71.3 million has been granted to CTA. The project will be completed by late 2015.

The CTA will announce the details closer to the start of work as construction schedule are yet to be decided.