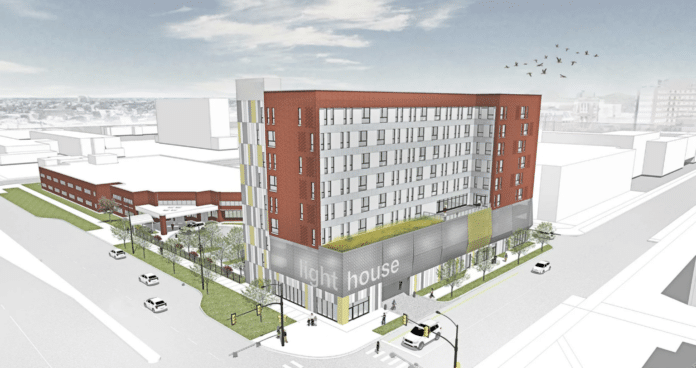 The permit issued on May 19 says the nine-story mixed occupancy building will include 72 units in its nine floors, with commercial tenant space at ground level. The structure is built with cast-in-place concrete and light gauge framing.

Forty of the units will include features for blind and visually impaired individuals and 10 will be marketed for veterans, reflecting Chicago Lighthouse’s focus.