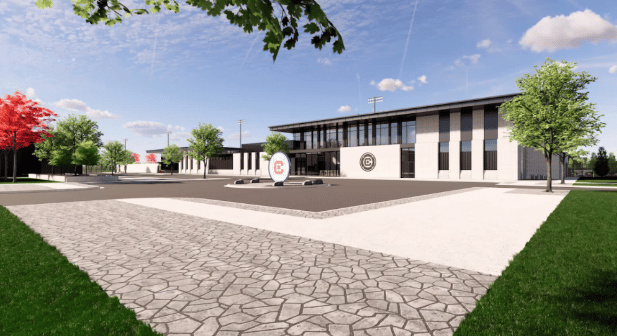 The Chicago Fire soccer club has said construction could start on a new $80 million practice and training facility on the site of a former public housing project this winter.<

In late September, Chicago City Council gave the project a green light, even though the Zoning Committee had initially voted not to approve the project.

Before the approval, Fire executives have said they hoped to break ground by winter or early spring, with a completion date in 2024.

The Chicago Fire Football Club, the Chicago Housing Authority (CHA) and the City of Chicago have entered into preliminary discussions on a proposed new performance and training facility for Chicago’s Major League Soccer (MLS) team in the Roosevelt Square area on the Near West Side.

The discussions will explore using approximately 30 acres of vacant CHA land as a headquarters and training center for the Fire. As part of a long-term lease agreement, the Fire would develop the multi-million-dollar facility and provide a variety of community benefits and public investments into neighboring public housing sites, long-term employment for community members, and recreational opportunities for youth.

The proposed site is generally bounded by Roosevelt Road, Ashland Avenue, 14th Street and Loomis Street. The site was previously occupied by portions of CHA’s former ABLA Homes, which is already in the process of being replaced by the mixed-income Roosevelt Square community as part of CHA’s ongoing commitment to develop mixed-income, mixed-use housing.

Tentative facility plans include world-class practice fields and a performance center where team members prepare for matches. The facility would also house the Fire’s Youth Academy, offering programmed activities for youth, teens, and young adults in CHA housing and the broader community.

Additional facility details will be determined through the community engagement process and ongoing discussions between the Mayor’s Office, CHA, and City agencies.

The Fire plays their home matches at historic Soldier Field.