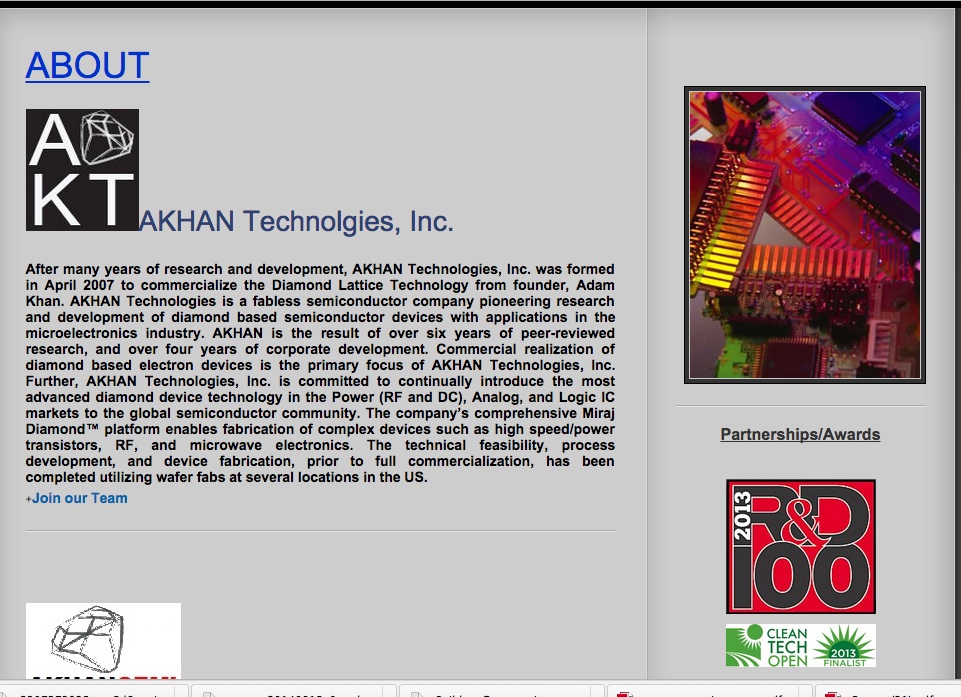 AKHAN Techologies Inc. has announced plans to relocate its Hoffman Estates and California operations to Gurnee, IL, once it confirms financial assistance from state and local authorities.  The business specializes in diamond semiconductor technologies in state-of-the-art electronics for faster, cooler, more efficient operations.

On Sept. 16 Illinois Gov. Pat Quinn announced a $3.5 million state investment. Meanwhile, Gurnee Mayor Kristina Kovarik is also seeking approval from other local taxing agencies ― District 121, the park district, Woodland Elementary District 50 and Warren Township government – to provide financial incentives. Lake County will award as much as a $500,000 incentive and the village of Gurnee will contribute $1.5 million, with a total of up to $2.3 million, which will be given based on AKHAN’s performance over five years, reports Dailyherald.com.

While the state funding will be used to strengthen AKHAN’s local footprint, the firm will also receive $500,000 for relocation and $40,000 to train its new recruits, reports Suntimes.com.

“This is a meaningful investment that positions us extremely well for the next few decades to be the area with the new leader in technology to replace today’s aging semiconductors,” Kovarik said. “Similar to Silicon Valley, we think this will become the Diamond Prairie.”

If the deal is confirmed, AKHAN will likely build its corporate headquarters, manufacturing, and research and development operations in a 120,000 sq. ft. Tri State Parkway commercial and industrial park off Grand Ave. near I-94. Kenall Manufacturing, a producer of high-quality lighting products, has used that building for 26 years and is now moving to a Kenosha facility.

AKHAN’s founder and CEO Adam Khan has confirmed plans for an investment of $15 million, creating at least 80 jobs in two years and a possible 170 more in three years under the grant agreement with the Illinois Department of Commerce and Economic Opportunity. The firm will bring all of its 54 employees from Hoffman Estates and California to Gurnee by end of 2014.

“We’re thrilled to be taking the first steps to make a permanent home where we continue to build our business quickly, with all the local resources we need at our disposal,” Khan said.

“The permanent addition of AKHAN Semiconductor – a clear leader in the next generation semiconductor field – reminds others that a variety of advanced technology industries can thrive in Illinois,” Kovarik said.

Khan formed AKHAN Semiconductor, a wholly owned subsidiary company of AKHAN Technology Inc., in 2012. The firm has collaborated with the U.S. Department of Energy’s Argonne National Laboratory to develop a platform using diamonds as semiconductors for the U.S.’s defense, aviation, telecom and power industries.