Chicago has issued a $4,582,000 building permit for a component of a major 27-story Maryville development.

The permit for work at 804 W. Montrose is associated with a project at 811 W. Agatite Ave., for which a $45 million permit was issued last June.

The permit says: “Self certification, first-time buildout – mercantile use, on the 1st floor of the new construction of the 27-story building with residential units, retail and parking.”

The project on the site of the former Cuneo Hospital and Maryville Academy) designed by Hartshorne Plunkard Architecture (HPA) includes a grocery store, though the recent permit documentation isn’t specific about this detail. 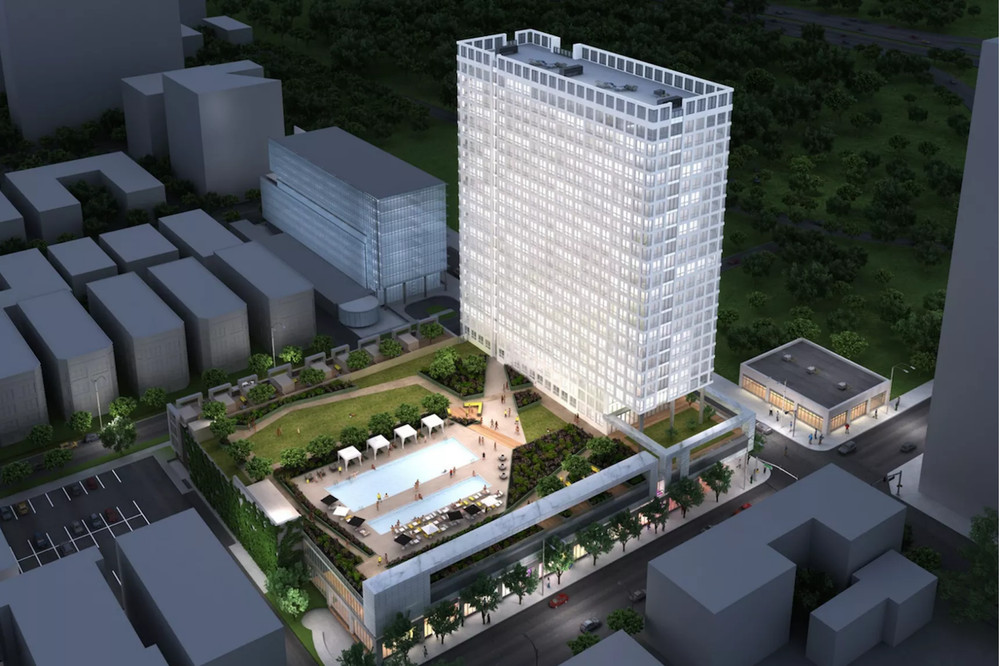 The developers are also making a $5.7 million payment to the city that will be used to pluck 75 people out of Chicago homeless camps and give them rent subsidies.  It’s one of Mayor Rahm Emanuel’s pet projects. Another $4.6 million will go to renovating the Chicago Park District’s Clarendon Park fieldhouse.