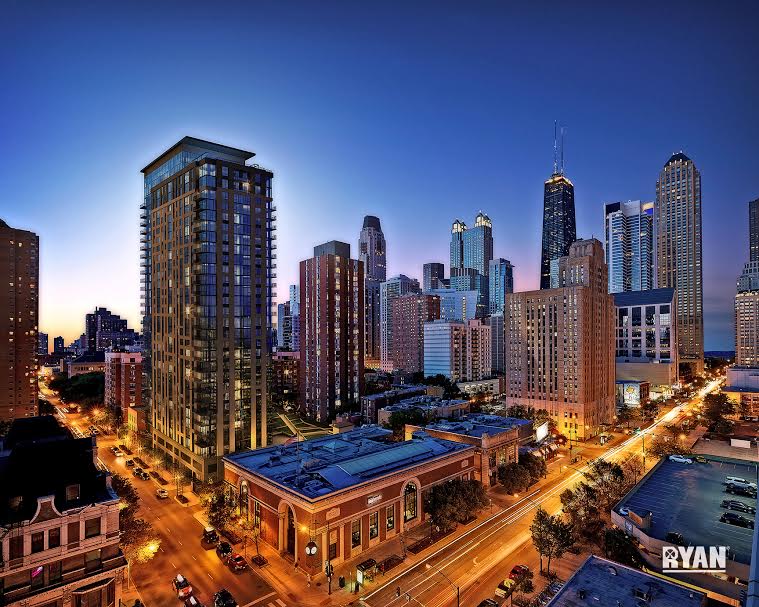 The 31-story Gold Coast apartment tower co-developed by Ryan Companies US, Inc. and Lincoln Property Company at 833 North Clark St. in Chicago has topped out.

The project, named Aurélien, is a $100-million-plus, 368-unit apartment building at the southeast corner of Clark and Chestnut streets on a 41,000-sq. ft. land site. Construction began last July and is slated to be completed by early 2017.

To celebrate the topping out, a 1,200-pound, 9’-0” linear foot steel beam was lifted from the ground to the top of the building’s shell some 340 ft. above. Development, design and construction team members and trades workers gathered on site for a private event to sign the beam and observe it being hoisted to the top of the building. Logos of those closely linked to the project were displayed on the beam, the developers said in a news release.

“The topping out ceremony is an appropriate point in the construction process to highlight the progress that has been made to date, while anticipating the completion of this significant downtown development,” said Jim Herbst, division manager, Ryan Companies US, Inc. “Raising that steel beam gives further definition to Aurélien’s architectural scope. Celebrating that milestone with those working to make the project a reality was also very appropriate.”

Herbst said at this point in the construction cycle, 132 tons of steel beams have been used to shape the shell of the building. Additionally, 1,355 tons of rebar has been used, 20,150 cubic yards (2,239 truckloads) of concrete has been poured above grade, more than 500 panels of precast concrete have been installed and 411,000 pounds (or about 150 miles) of post tensioning cables have been utilized during construction. 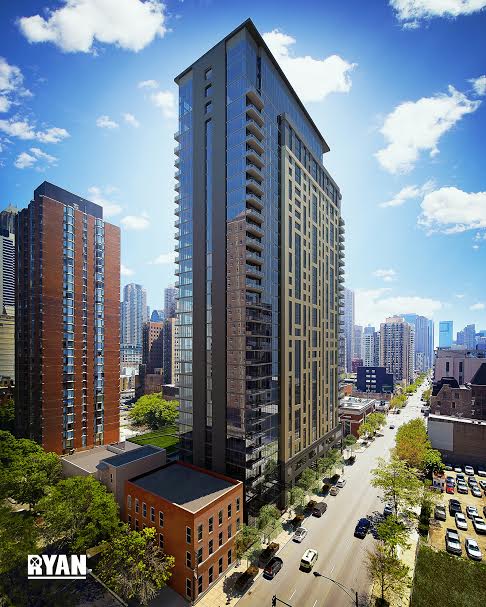 Herbst also said approximately 50 subcontractor companies, and counting, have been instrumental in building the project. The number of construction workers has averaged about 70 per day, swelling to 130 during the concrete pours. In total more than 155,400 safe hours have been logged to date.

Officials call for Federal declaration of emergency for Chicago’s lakefront