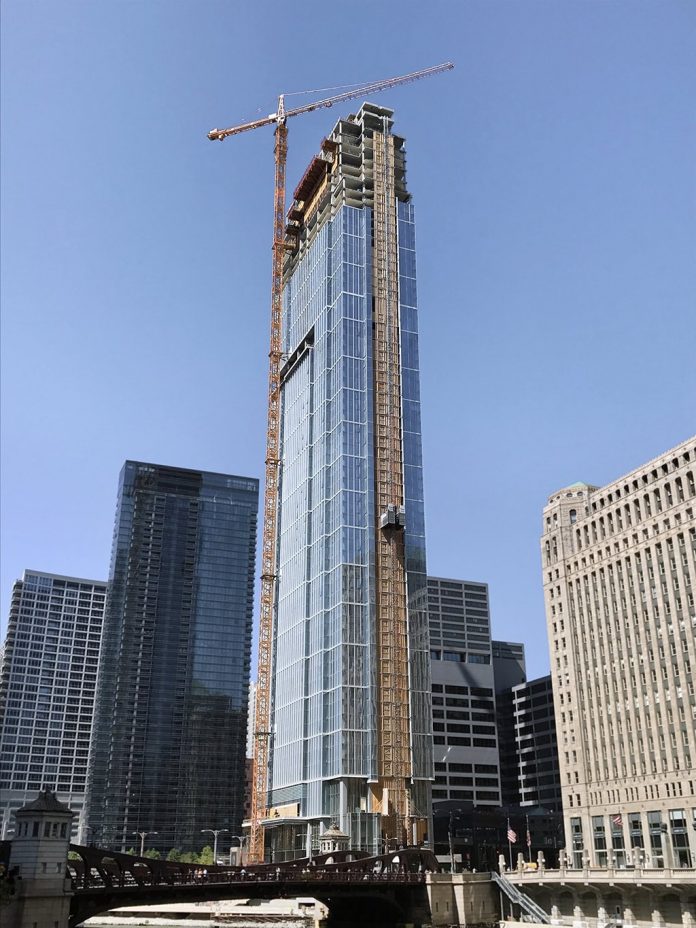 General contractor Walsh Construction says it has topped out Wolf Point East, completing the last concrete pour atop the new 60-story apartment tower. The construction milestone celebrates the high-rise reaching its maximum height and the final concrete pour for the tower’s roof. In total, more than 50,000 cubic yards of concrete were poured at the project.

Wolf Point East is being developed by Hines in partnership with land owner, the Joseph P. Kennedy Family, and the AFL-CIO Building Investment Trust.