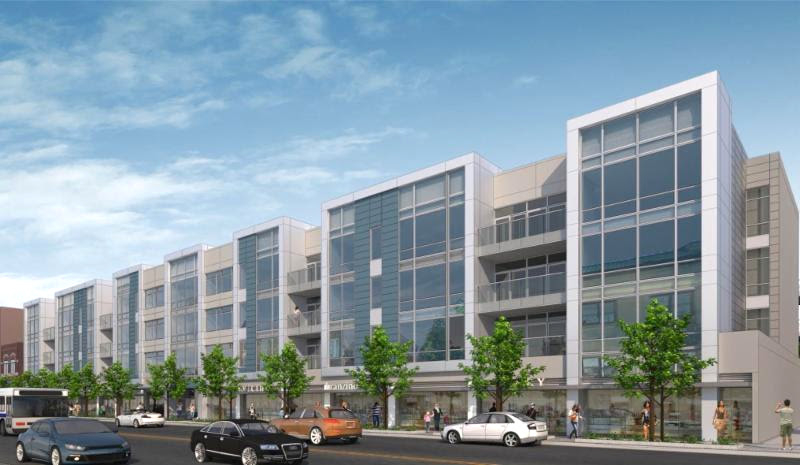 Chicago has issued a building permit to 1850 Chicago LLC (Fifield Companies) to construct a new four-story apartment and retail  development  at the vacant 1822-50 W. Chicago Ave., with an overall estimated cost of $13 million,

The new project will include 59 apartments, a little under 15,000 sq. ft. of ground floor retail space and 49 parking spots, with four affordable housing units

The project originally was introduced in Oct. 2012. It has been revised and affordable housing units follow a community group’s objection to the developer’s original intention not to add any affordable units — resolved when alderman Joe Moreno reportedly made a deal with Fifield to include the affordable units.