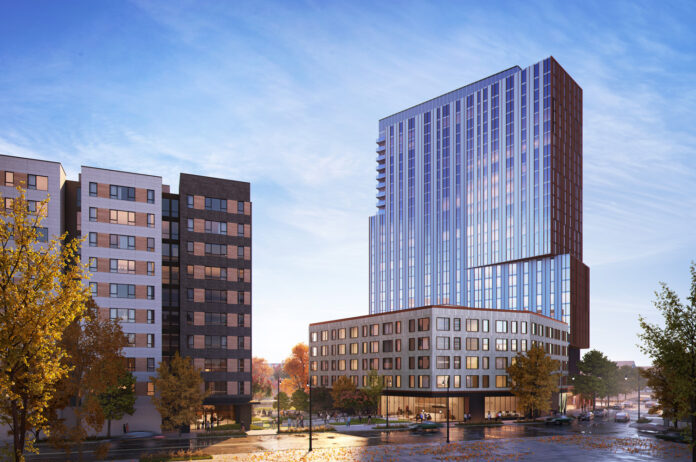 Structured Development says it has received approval from the Chicago Plan Commission to modify its existing planned development for Big Deahl, a 2.2-acre site at 1450 N. Dayton St. in Chicago’s Lincoln Park neighborhood.

The approved plan will add a new public park and three residential buildings totaling 487 units to the site, bounded by Blackhawk, Dayton and Kingsbury streets. 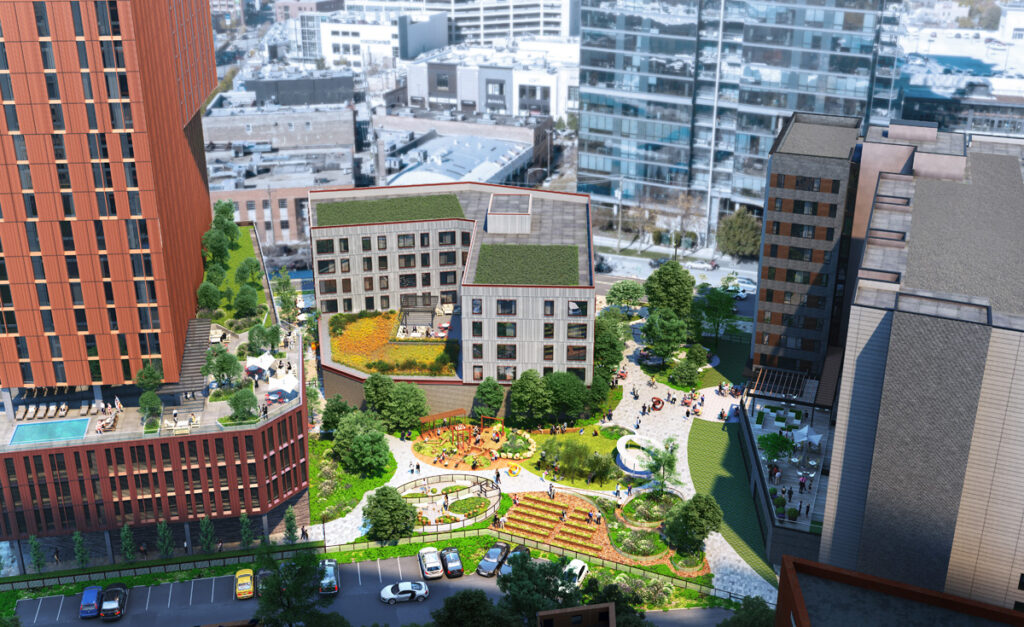 Each building will be situated around the park, which will be privately developed and maintained as a public amenity, providing an activated pedestrian connection through the Big Deahl site between Blackhawk and Kingsbury streets and leading to the Wild Mile, a recently revitalized stretch of the North Branch Canal. 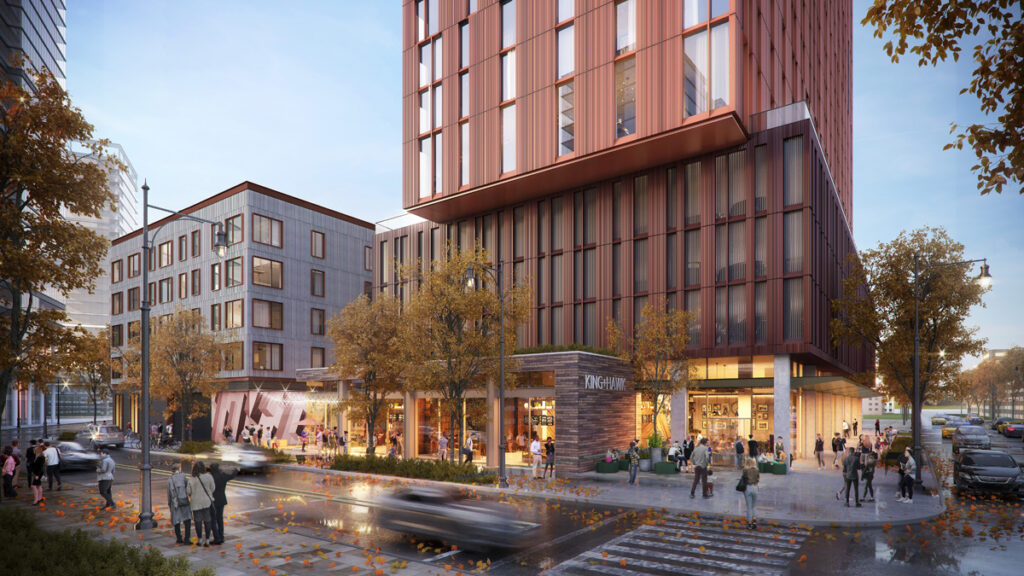 “We are grateful for the acknowledgement and approval of our plan for the Big Deahl site by the Plan Commission,” Structured Development’s founding principal Mike Drew said in a Dec. 18 statement.

“While Structured always strives to produce the best projects possible, it is gratifying when our community-focused efforts are not only recognized but enthusiastically endorsed. By working collaboratively with the Department of Planning, Department of Housing and countless community stakeholders, we were able to create a plan that will be accretive to the neighborhood, continuing its transition from a former industrial buffer zone to its present-day mix of residential and commercial uses. The community park and open space will be a galvanizing neighborhood asset in perpetuity and, together with the Wild Mile project one block to the west, will promote recreation and enhance walkability.”

Because the development is located within the Near North pilot zone, 20 percent of the units will be set aside as affordable housing under the city’s Affordable Requirements Ordinance. Structured is meeting its obligations by delivering 34 affordable family-sized condominiums on-site that will be available to buyers who meet income qualifications established by the Chicago Community Land Trust (CCLT). The homes, which include a combination of two-, three- and four-bedroom units, come with a deeded parking spot and must remain affordable for at least 30 years, allowing resident homeowners to build equity. Structured is developing an additional 33 affordable townhomes off-site at its community, at 2849-59 W. Congress Parkway. 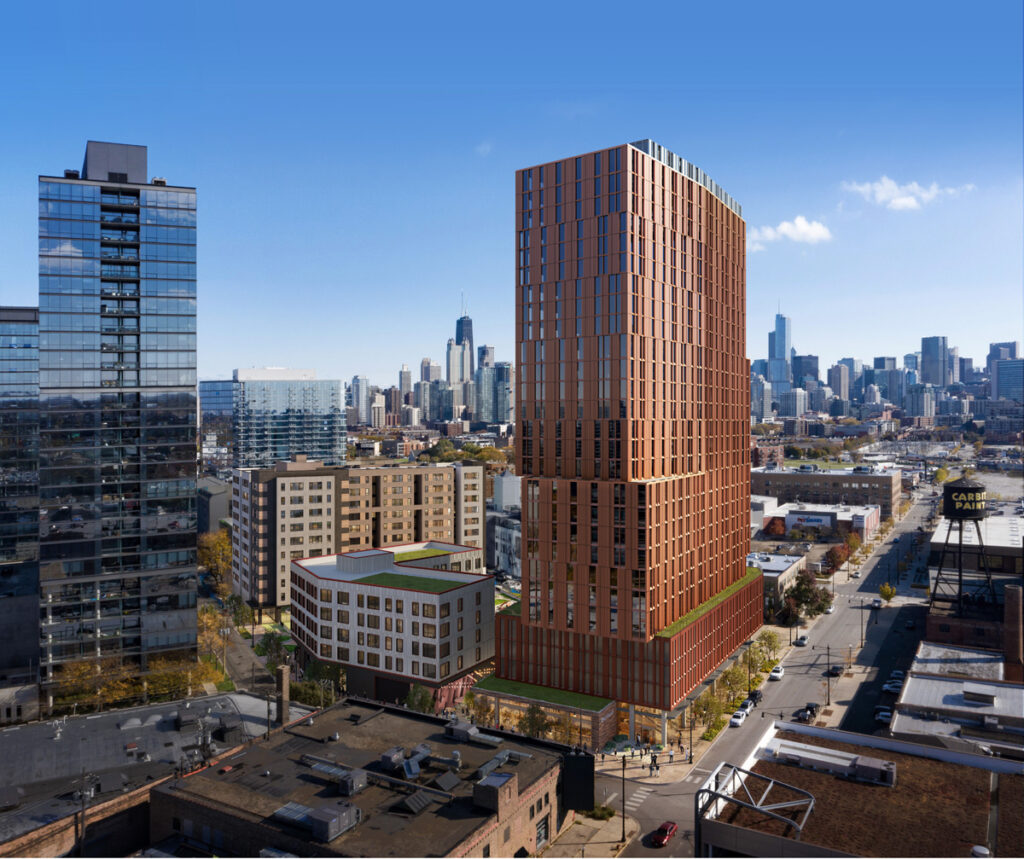 “As a developer with a long history in the Lincoln Park neighborhood, Structured is proud to work alongside the city’s Department of Housing in creating much-needed homeownership opportunities for low- and moderate-income families both on-site in a high-income area as well as off-site in the previously underserved neighborhood of East Garfield Park,” said Drew. “Representing more than $35 million in investment, these affordable homes, which expand the CCLT portfolio by over 60 percent, will create immediate equity for qualifying buyers. This is significant in that it allows Chicagoans to realize the American Dream while helping to mitigate gentrification.”

“We appreciate DOH’s flexibility and openness to our creative means of meeting the ARO obligation for this project, which we believe can serve as a template for future developments,” Drew said.

The 10-story rental building will house 126 co-living units, each with one to four private bedrooms, as well as a variety of indoor and outdoor amenities. The third and final building along Kingsbury Street will include 327 apartments ranging from studios to three-bedroom layouts.

Big Deahl also includes a 40,000-sq. ft. Planet Granite climbing gym on property’s eastern side. Currently under construction, the facility is scheduled for completion in spring 2021.