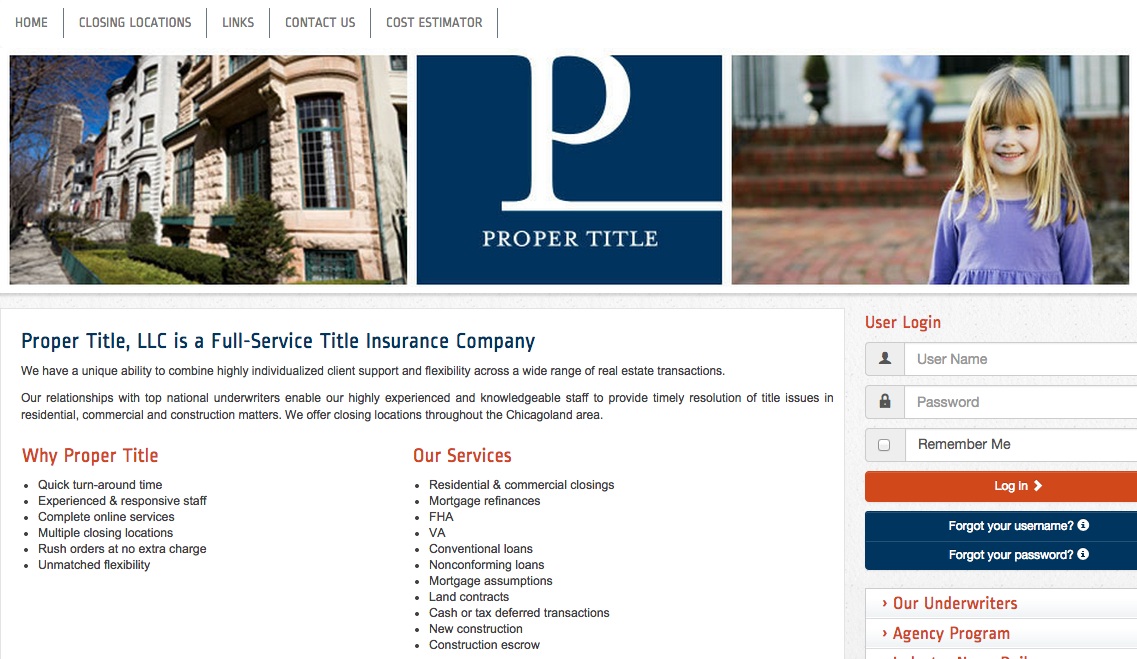 Proper Title, a full-service title insurance agency serving the residential and commercial real estate industries, announced that it added Samuel A. Shiel and Kim O’Donnell to its team.

Shiel was named as director of title operations/underwriting counsel, while O’Donnell joined the firm as senior account executive.

Combined, Shiel and O’Donnell bring more than 45 years of experience in the title insurance industry to Proper Title, according to a news release.

For the past 25 years, Shiel, 48, has served as an examiner and counsel for both private title insurance providers as well as public agencies, including appointments as a court-appointed receiver in a fraud case, in addition to serving as deputy general counsel for the Illinois Department of Financial and Professional Regulation.

O’Donnell, 45, has spent the past 19 years with Chicago Title Insurance, marketing title insurance and escrow services to the Chicago area’s leading developers, attorneys, investors, lenders and mortgage brokers. In that role, she developed and maintained 350 major accounts and managed a $5 million territory.

$200M invested in mixed-use development in the Lawndale neighborhood